It’s not only iOS devices that have a good grasp of touchscreen UIs, Microsoft isn’t bad at them either. However, there are only a few computers available that allow you to use gestures, and one of those is the Microsoft Surface. At CES 2011, MSFT unveiled their next-generation Surface 2 tabletop computers. 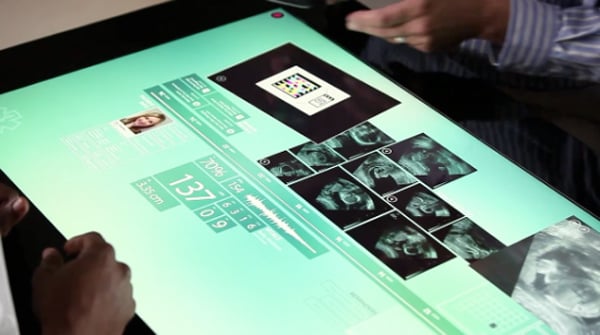 You’ve probably seen Surface in some TV shows like CSI and Human Target. This new generation of Surface comes with a 40-inch LCD touchscreen with a resolution of 1920×1080. That sounds impressive, but my MacBook has the same resolution in a lot smaller form factor. Still, it is Full HD. 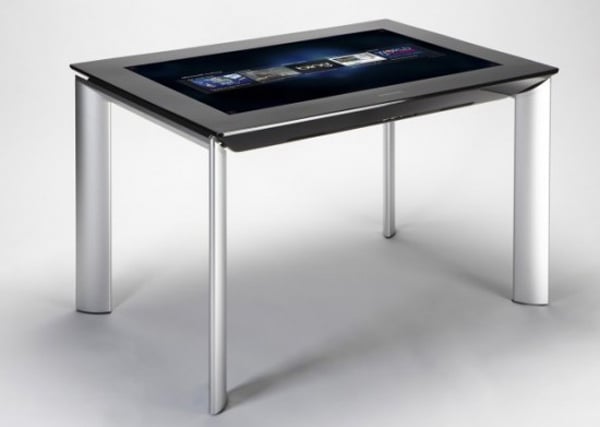 Surface computers include Microsoft’s PixelSense technology that can recognize up to 50 simultaneous touch points, as well as objects placed on top of the screen. Now that’s pretty cool. The first system to run on Surface 2.0 will be the Samsung SUR 40, which runs on a powerful AMD Athlon II X2 Dual-Core CPU, running at 2.9GHz, along with an AMD Radeon HD 6700M GPU with DirectX 11 support. Surface actually runs on a special version of Windows 7, 64-bit edition, customized for tablet usage. Here’s a brief demo video showing off the new SUR 40, which can be used on tabletops, or even hung on the wall:

It will be available later in 2011, with prices starting at $7,600 (USD). While that may seem like a lot, the previous generation Surface started at $11,000, so the prices have definitely dropped.