One of the more interesting little finds I saw over at CES was this gadget which claims to convert any of your 2D content into 3D on the fly. 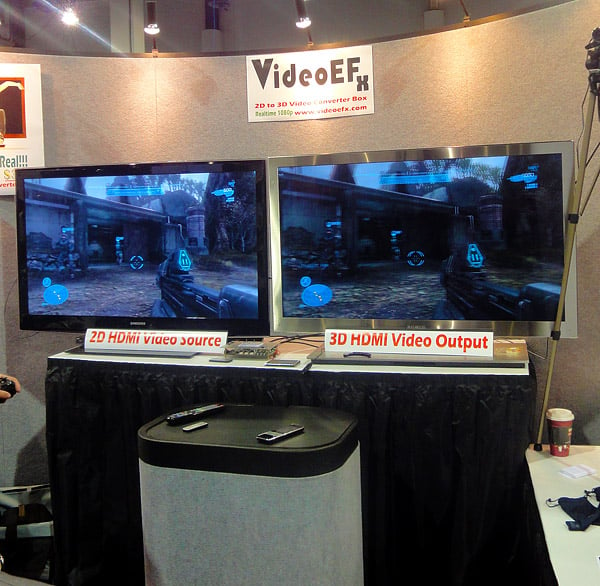 The VideoEFX takes content from your 2D video sources and instantaneously converts it into 3D for viewing on 3D-enabled sets. Now Samsung has a similar feature built into some of their higher-end sets, but at least in the demo I saw at the show, the VideoEFX did a much better job creating the illusion of 3D from 2D content. The box has three HDMI inputs, and a single HDMI output you can connect to your TV, so you can hook up your game console, Blu-ray player and satellite or cable box and add 3D to all of them. For times when you want to watch native 2D or 3D content, just into bypass mode. 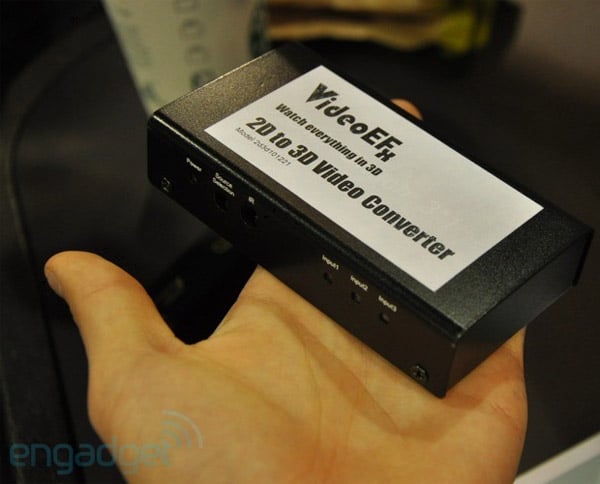 I’m not exactly sure how it works its magic, but I watched a game of Halo: Reach, as well as a live football game, and live video from the booth – each processed by a prototype of the device, and was quite impressed as to how much depth it adds to those 2D image sources. While I’m reasonably certain it’s physically impossible for it to really discern 3D data points, the effect is compelling enough that you might want one of these if you’ve got a 3D TV and are looking to increase your content library instantly. It’s certainly way better than you’d think , especially when you look at the quality of their cheezy flyer: 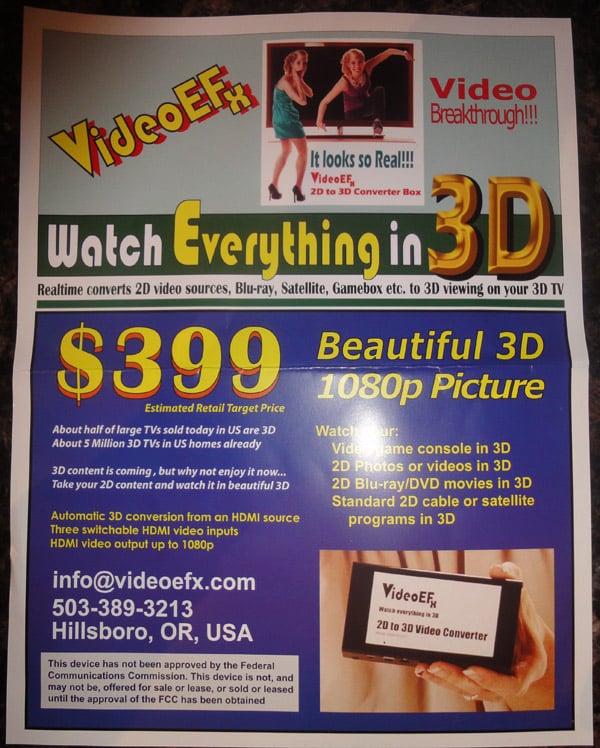 …your desktop publisher called and he wants his copy of Aldus PageMaker 3.0 back. The VideoEFX hasn’t been released yet, but when it hits, it’ll sell for about $399 (USD).