Yeah, we too thought Darth Vader was building the Death Star as a weapon of mass intergalactic destruction. Turns out the Death Star was actually built to do something much more important – to protect the Empire’s delicious cookies. 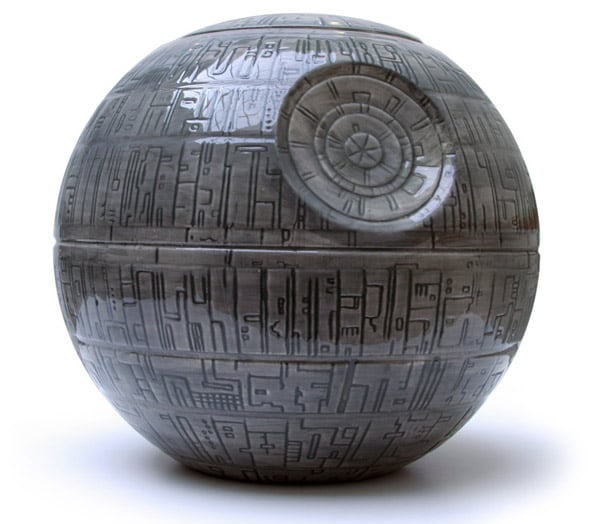 While we last saw the Dark Lord himself guarding his chocolate chippers, he’s now upped his game by storing all the Empire’s bakery treats in this Death Star cookie jar. The ceramic jar measures almost 1 foot wide at it’s widest point, and should hold onto a whole batch of freshly baked Wookiee Cookiees. 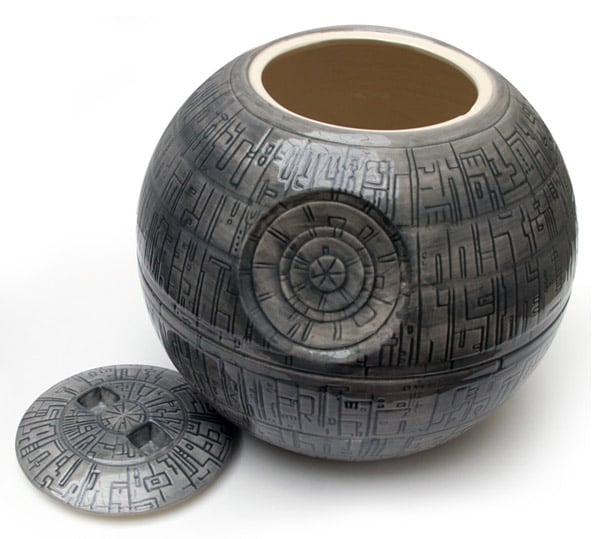 You can grab one over at the Star Wars Shop now for $49.99 (USD). Just keep an eye out for X-Wing fighters trying to go for its weak point and turning your baker’s dozen into a bunch of crumbs.