Dell pulled the Streak 7 out of its hat at CES last week and the immediate thing that most of us wanted to know was at what point the computer maker decided to hamstring its tablet with the wrong OS. The Streak 7 runs Android 2.2 rather than Android 3.0 like most of the other new major brand tablets seen at CES. 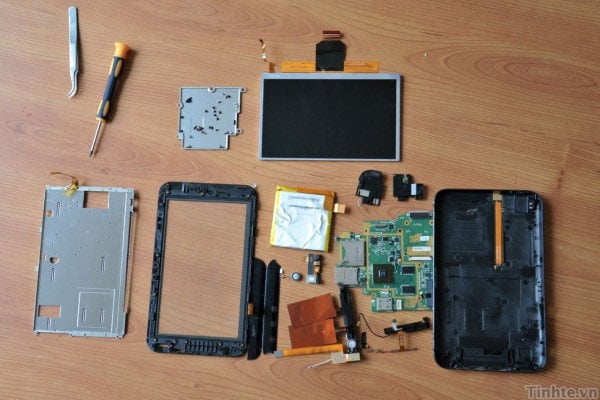 The poor choice in OS for the tablet isn’t because the hardware can’t handle Honeycomb either. The Streak 7 has NVIDIA Tegra 2 processor inside and a lot more. The rig has the power – Dell just made a bad decision I guess.

If you like the Streak 7, or just want to see what the tablet looks like on the inside, the geeks at Tinhte.vn have taken one apart for posterity. The video teardown shows all the hardware inside and it’s hard to see where the price comes in with so few parts to gander at. Check out the video for all the action: