I have never been to LEGOLAND, but it has to be one of the things geeks need to see before they die. I thought I had a sweet gig getting to sit at home and write about gadgets all day, but these dudes at LEGOLAND California building up a massive Star Wars area all day make me jealous. 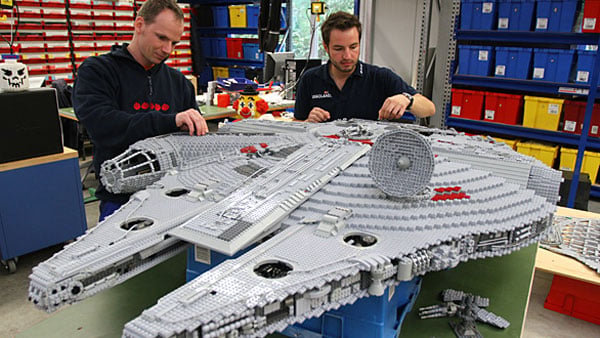 The two model makers you see in the pic above are building up a gigantic Millennium Falcon replica. The Star Wars area is set to open on March 31st, and will have 2,000 LEGO models that walk visitors through important scenes in the saga of films chronologically. That is to say starting with episode one, which is a newer flick in the saga leading up to Return of the Jedi and there will be some models from the Clone Wars cartoon too. 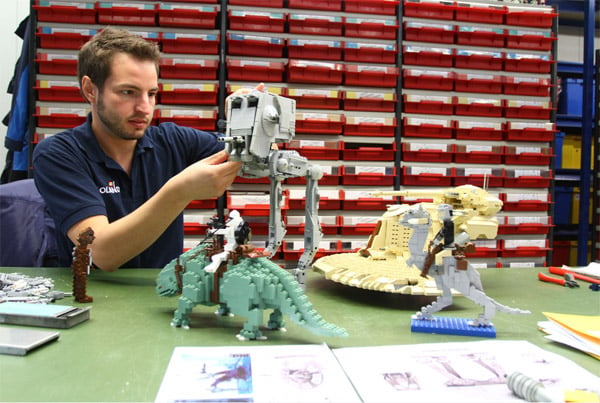 They don’t have any pics of these characters, but there will be life-size LEGO sculptures of Chewy and other characters from the flicks too. Nothing says geek like life size LEGO statues. I really want to go to LEGOLAND now! Once complete, the characters, landscapes and spacecraft in the exhibit will have used 1.5 million LEGO bricks. 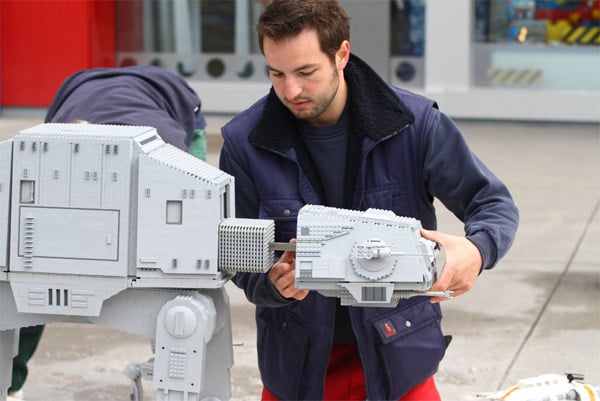