For Gastropods About to Rock….

If our Bikini Bottom pals SpongeBob and his pet snail Gary were to form a band with Plankton and long hair, this is the guitar they would use. OK, technically the thing isn’t a guitar, it’s an electric ukulele. But hey, you get the picture. The thing was made to order and available for sale on Etsy right now and it is really weird.

The body of the instrument looks like a snail shell, it has four strings, a light wood neck, and the head has snail antennae on it. The construction is from hard maple and soft maple on top and the shell is hand painted. 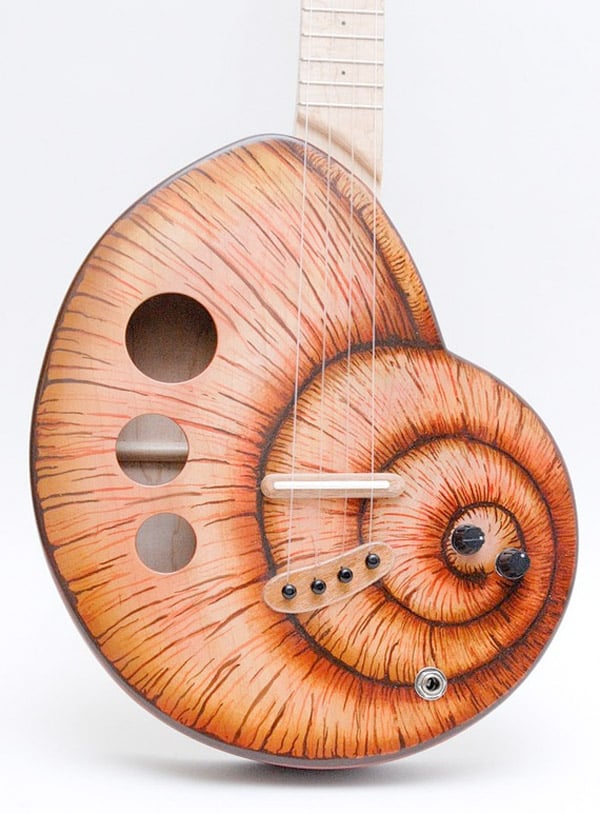 If you want to rock out in the SpongeBob band, you will need to cough up 800 clams, and only one of them is available right now. The instrument was originally designed for Darby Wilcox of the band O Mello Cello Tree. Anyone know what that is?