King Leonidas and his army of 300 don’t have a lot in common with Boba Fett. The Spartans were patriotic soldiers (HAA-OOH!). Boba was a bounty hunter. The Spartans refused to bow down to a (fictionalized) man who fancied himself a god and paraded around with more jewels than clothes. The Mandalorian had no problems working for a slug-like crime lord who did walk around naked. The Spartans only had their helmet and shield to protect them. Boba was covered from head-to-toe, and had a freakin’ jetpack too. The Spartans were actual people, and Fett is a fictional clone. But none of that matters when you see this helmet: 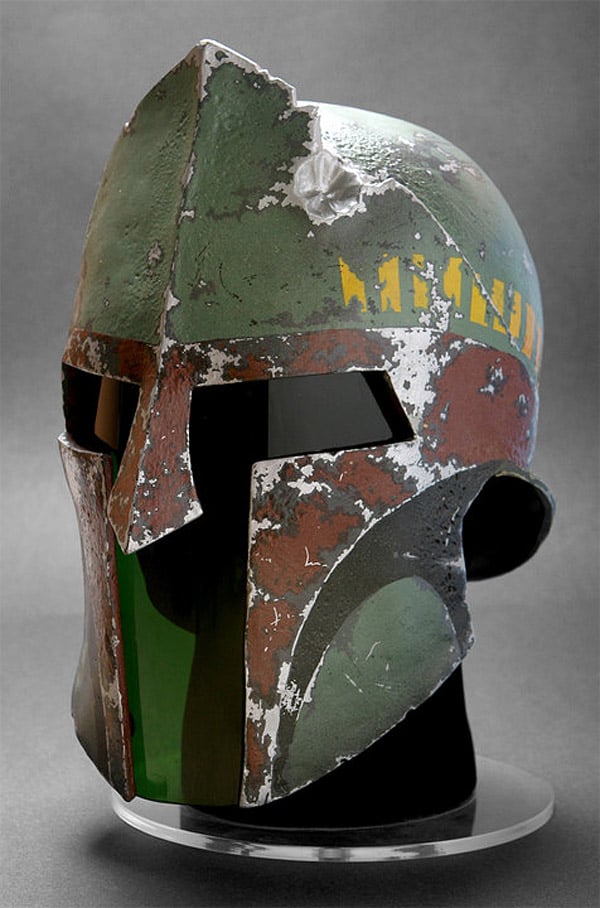 According to Big Shiny Robot, this helmet was made by Jon Wollack of After Dark Productions. I’m pretty sure Wollack considered none of the crap that I mentioned above, and only thought of two things before getting to work – the helmets do look a bit similar, and they were both worn by bad ass warriors. Good enough reasons to create an awesome mashup.