Researchers at BAE systems are hard at work on a system that uses E-ink and a hoard of sensors to render tanks almost invisible to the naked eye. The system is dubbed e-camouflage and would project the landscape around the tank onto the surface of the tank to make it very hard to see. This exactly like what the Predator used and all we need is that big, bald dude that was always shaving from the flick to foil the Brits should they ever invade. “I seeee yooouuu.” 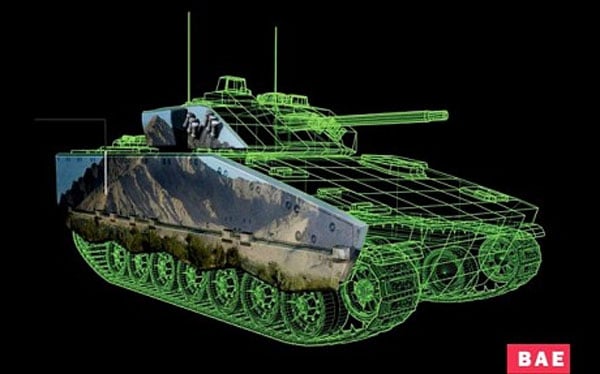 The Brits are working on the system with seven vehicles at this point – with some of the vehicles being unmanned, some of them manned, and some being armed. One of the vehicles in the program is said to be like the Batmobile. I assume they mean the Tumbler from the recent flicks, not that dorky one from the Keaton days.

Ultimately, the Brits want a vehicle using the system that weighs no more than 30 tons, uses a hybrid drive system, and has the survivability and effectiveness of a current main battle tank. This sounds really cool to me. Something similar surfaced back in June of 2010 from a different company.