All-in-one computers are nothing new, but they tend to sacrifice power and upgradability in return for a relatively slim package. But  NextComputing’s Radius computers are the exact opposite – they don’t look nice, and they’re portable in the sense that anything you can carry is portable, but they can be as powerful as any traditional desktop PC. 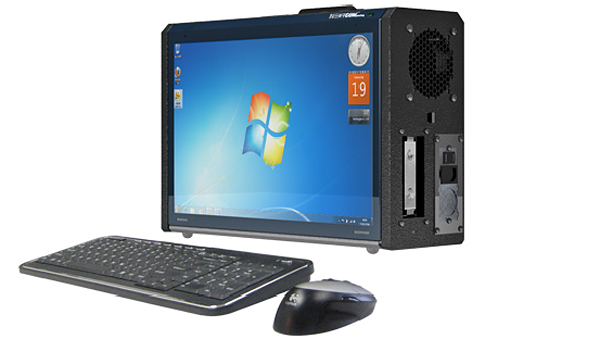 As you can see, NextComputing’s strategy for creating an all-in-one PC is simple: just stick a monitor and a handle on the tower, and you’re done. The integrated display is a 17″ LCD screen with a maximum resolution of 1920 x 1200. An additional clip-on display is also available, as well as a touchscreen. Specs-wise, NextComputing offers quad-core Intel Core i7 and Xeon CPUs, as well as the 3.33GHz hexa-core Intel Core i7 CPU, and AMD’s Phenom II X4 CPUs. The Radius can be equipped with up to 24GB of DDR3 RAM, and up to 9TB worth of non-hot swappable hard drives, or two hot-swappable drives up to 500GB each. Unfortunately NextComputing didn’t specify which GPUs they have in stock, although they did say that they’re offering both ATI and NVIDIA cards. 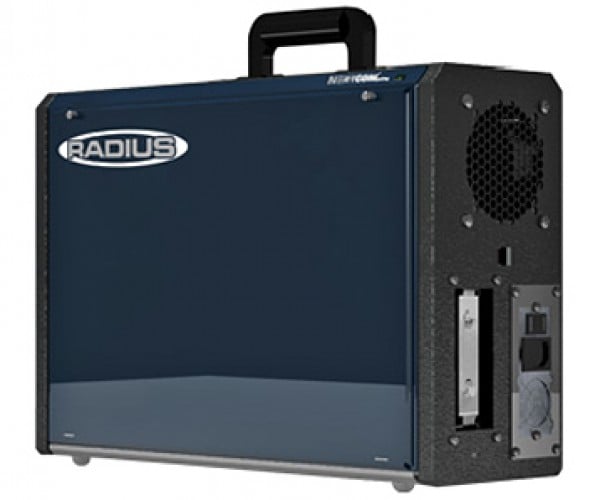 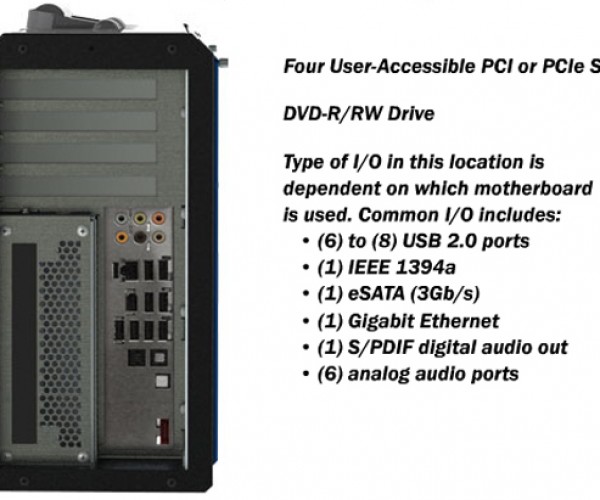 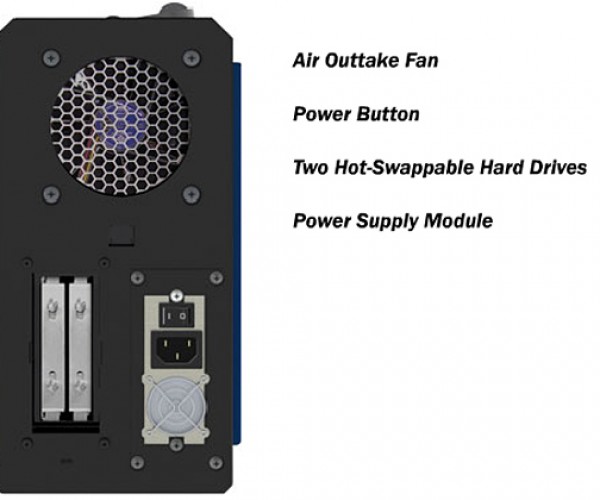 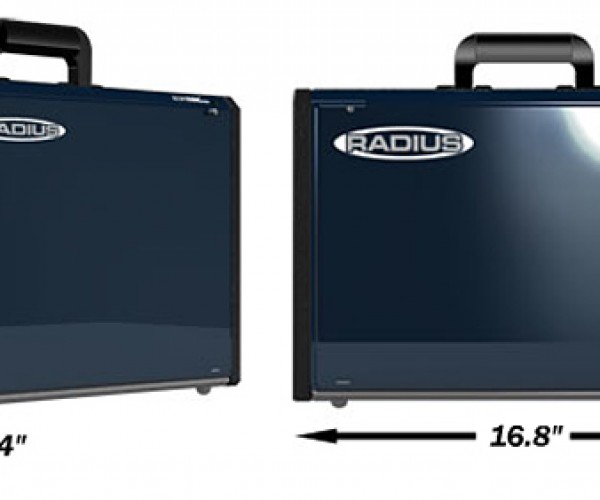 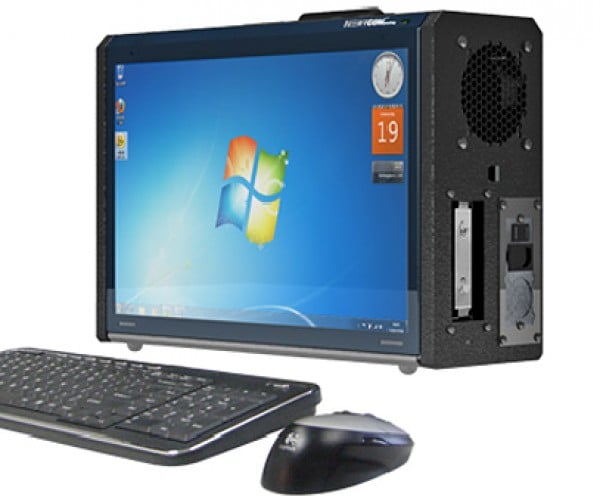 Their powerful guts and their monitor means that Radius PCs still have desktop class weight – expect a Radius PC to weigh at least 15lbs. The Radius PC is available in four models – The highly customizable Radius, the gaming-oriented Radius XG, the video-editing machine Radius with Rocket Fuel, and the budget edition Radius LE. Check out NextComputing’s website for more info and to request a quote for the computers.

[via Ubergizmo via SlashGear]