A group of dedicated fans of the crazy platforming series are planning on making Super Mario Galaxy 2.5, a custom game based on Super Mario Galaxy 2 using a level editor. It’s way too early to tell if they’re going to succeed, but they’ve already released a few details and some video regarding what can and cannot be done in the custom game. 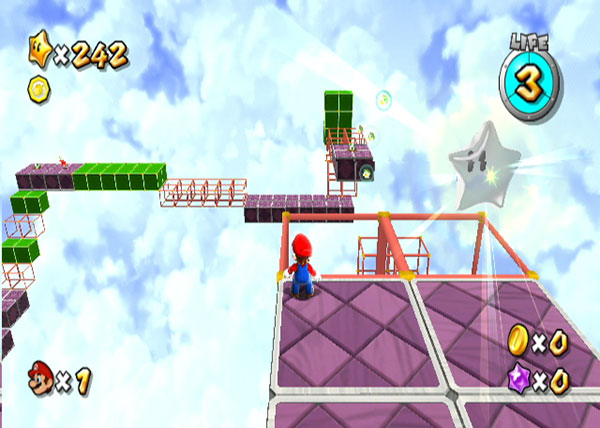 I haven’t played the two official games, so pardon me if I get a few things wrong here. The level editor that the modders are using is called Anarchy in the Galaxy, which was made by GSCentral member PhantomWings. The picture above shows the SMG 2.5 team’s first fully hacked level, made by member Question. Those of you who have played the game will probably recognize it (or not) as the Beat Block Galaxy. Here’s a video of the level (Skip to 0:40 to see the level right away)

Here’s a video of the original Beat Block Galaxy if you want to compare what these guys have done with the real deal. So what can we expect from this old-new game? Changing level elements is a given – rearranging blocks for example, or modifying the size of planets and even enemies. Backgrounds can also be changed, as well as star paths (no, I don’t know what that is). Enemies from other levels can be transferred as well, but don’t expect totally new enemies, planets or moves.

Check out the team’s website for more info, or better yet, contribute to the game! Good luck to the team, and I hope you get a star from Nintendo and not a galactic lawsuit.