Watch Out Where the AT-ATs Go, Don’t Eat That Yellow Snow!

Yes, there’s a lot of snow right now and it can be a pain, especially if you’re not used to receiving that much of it at the same time. Personally, even though I’m currently living in Taipei, I love snow. I used to live in Quebec, Canada, and the last year I was there, we had a record snowfall of 16.4′. Well, if you’ve got so much snow around, then go take your AT-AT Imperial Walker for walkies. They like this weather. 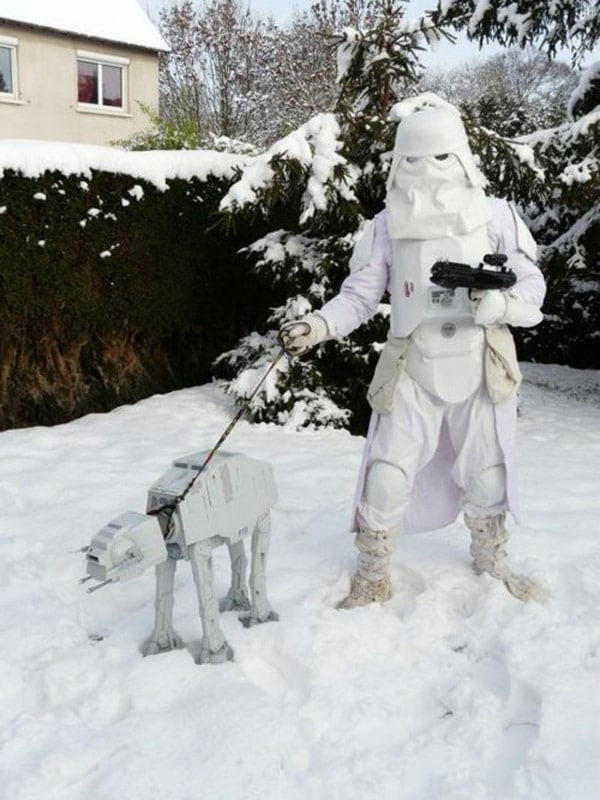 This image, titled “In Training” was posted by Reddit user Vandalay797 and it shows a snow trooper taking a toy AT-AT for a walk. It reminds me of that AT-AT that was behaving like a dog, except Fido gets to go outside in a more appropriate climate. I like the fact that he used snow trooper uniform, as clone troopers wouldn’t have been as accurate.