I like the idea of paying for things using my mobile phone. I would rather see RFID land in stores so you can just walk up and the cashier will know what you have and how much you owe straight away. Starbucks isn’t to that point yet, but the company has announced that its mobile payment test has concluded and the service is now available in all stores around the country. 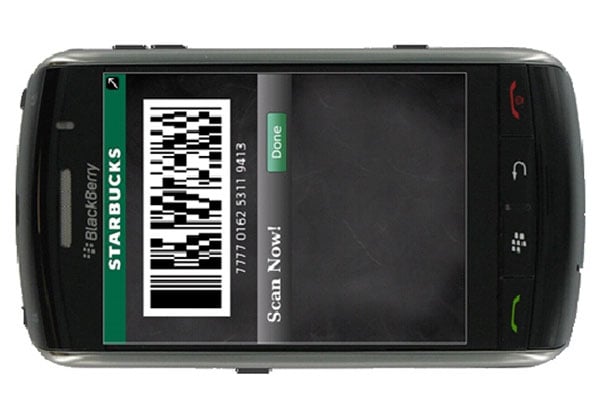 You can now pay for your coffee if you use the iPhone or a Blackberry using the official Starbucks App. The app can be funded using your credit card or PayPal. Once you have money in your app account all you need to do is place your order and then hold your device with the barcode on the screen under the scanner at the counter.

The app deducts the money from your account automatically. This would be the perfect app for people who end up shocked at the end of the month that they spent hundreds of dollars on coffee alone. You can only put what you want to spend for the month in the app and when it’s gone, you drink the swill at the office. Starbucks claims the app is the fastest way to pay for drinks now.