While I’d never spend the time making a s’more shaped like a keyboard, it’s a fun thing to see when most of us spend so much time in front of our computers. 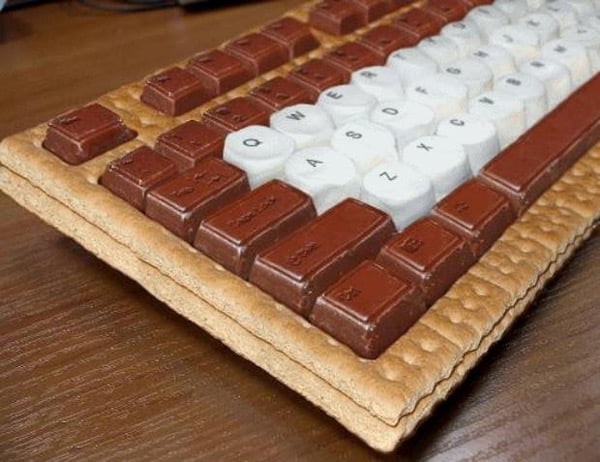 The maker must have been pretty dedicated to his task when he created this intricate keyboard s’more. This isn’t something brand new – it was first spotted on the Fohguild forum in 2006 – but it’s still pretty cool. Wouldn’t you want to eat it, or would you rather type on it?

If someone actually produced a s’more keyboard, I wonder just how long it would last. I’m guessing it probably would end up in pieces pretty quickly.