When I was a kid there was a guy that lived in my neighborhood that rode one of those full size tricycles around all the time. We all thought it was the dorkiest bike we had ever seen. A guy somewhere cold and snowy has devised the only cool way possible to use a tricycle as an adult that doesn’t involve Travis Pastrana. 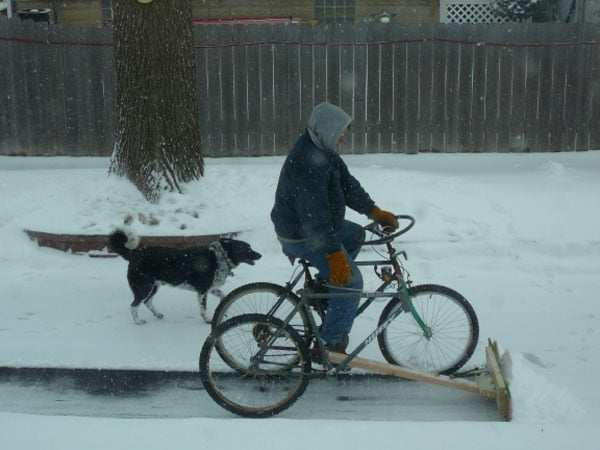 The guy even made the trike himself out of a pair of old normal bikes. He took the two bikes, an old steering wheel, rope, wood, and a pulley and created a pedal-powered snowplow. The idea was that he could use the thing to get snow off his drive when it wasn’t deep enough for a snow thrower, and was too deep for a shovel. 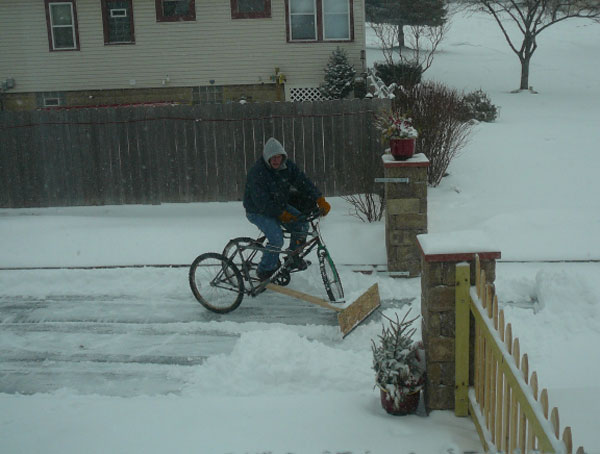 He rides the plow up and down the drive pushing the snow into piles that he can then shovel off with a normal shovel. Seeing people have to do things like this makes me glad I live where snow is rare.