These blurry screenshots made their way onto a recent German television program, and looks like they could be the first images from the hotly-anticipated sequel to the mobile gaming juggernaut, Angry Birds. 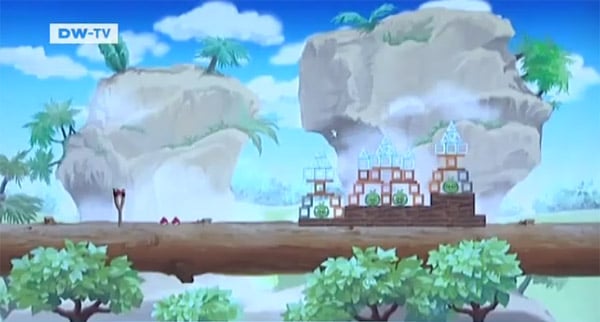 We don’t have confirmation that these screens are in fact from Angry Birds 2, but the level it shows is definitely not one we’ve seen in the original or in Angry Birds Seasons. From what I can tell, the screens are identical to one another, but show off different high-resolution backgrounds and textures, but no new birds or block types. 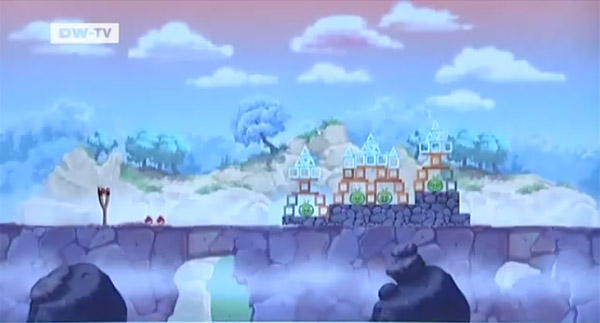 The screens turned up in this report from Deutsche Welle and can be seen around the 4:17 mark. (The clip is worth watching all the way through if you care at all about the guys who created the game.)

For all we know, the screens could be from one of the console versions of the game, or possibly level concept art. Regardless, I’ve played through all of levels on the original, so I could use some new ones just as soon as Rovio is ready to release a sequel.