Geek’s begat geeks, so between my son and I, we have all three of the major game consoles and more games that a bookshelf can hold. Things get really messy sometimes with all the controllers and consoles fighting for space in the game room. 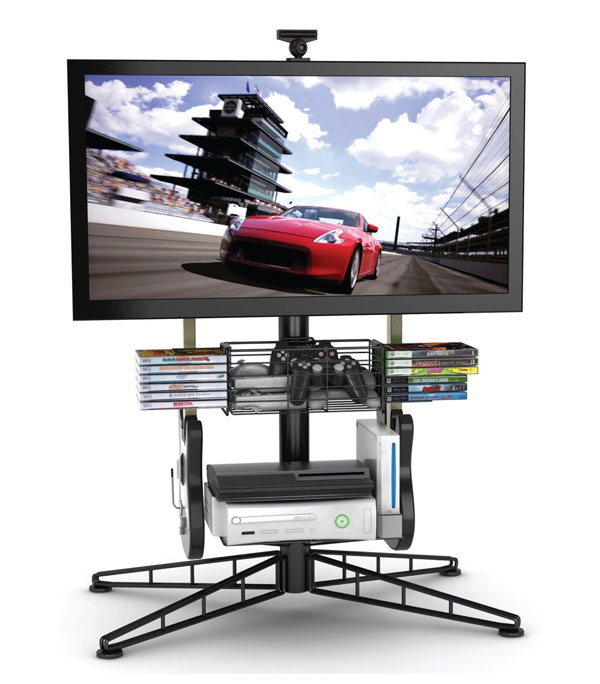 If you need a cool and well-organized place for your game systems, accessories, and TV in your own game room, that is compact and looks cool – Atlantic has a cool entertainment center for you. The Spyder has a steel frame structure with storage for games and accessories that will hold a flat panel TV up to 40-inches that weighs up to 90 pounds. The frame is powder-coated and won’t tarnish or chip. The component shelf will support three consoles and up to 60 pounds total weight. The TV is held up by a pair of VESA 400 x 400 mounting brackets. The shelf has an open design to help keep your gear from overheating.

It’s put together from 12 large parts and is easy to assemble according to the maker. The Spyder will land in March and will sell for just $129 (USD).