Even before her husband, Ricky Gonzalez, proposed to her, Donna Marie San Severo already had an idea for her wedding cake – the scene from Ghostbusters where the four heroes blast away at Stay Puft Marshmallow Man. When Ricky proposed, the two even considered other themes for their cake, but they eventually came back to Donna’s original idea because both of them are huge fans of the movie. Here’s what they ended up getting: 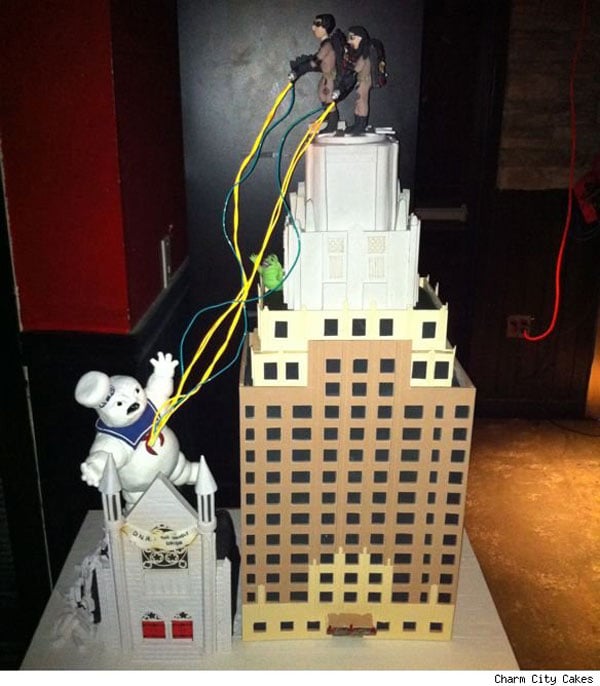 So who did they call to make this cake? Charm City Cakes, who are no strangers to strange requests. They made the 3 ft. tall skyscraper out of pumpkin-cinnamon cake frosted with butter cream, while the church rubble was made of Rice Krispies treats. Stay Puft and the couple – who naturally served as the Ghostbusters – were made of fondant. As a neat touch, the proton streams lit up: 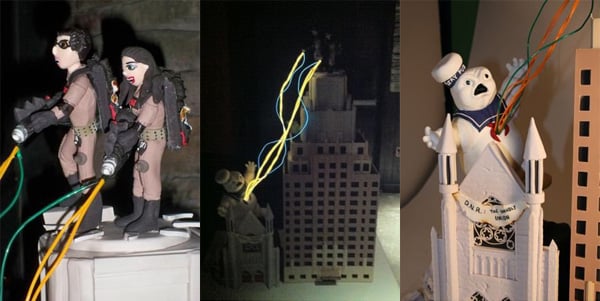 To top it all off, the couple and their guests later danced to a remix of the Ghostbusters theme song. They would not have been able to do the same had they gone with their other choices for the cake – Jaws, Indiana Jones or Alien.