Sometimes the simple stuff is the coolest to me. I have a bunch of stuff sitting under the TV screen in my living room. I have the Kinect and my center channel speaker for starters. When we play Wii I put the sensor for it there too so it can pick up my daughter better. 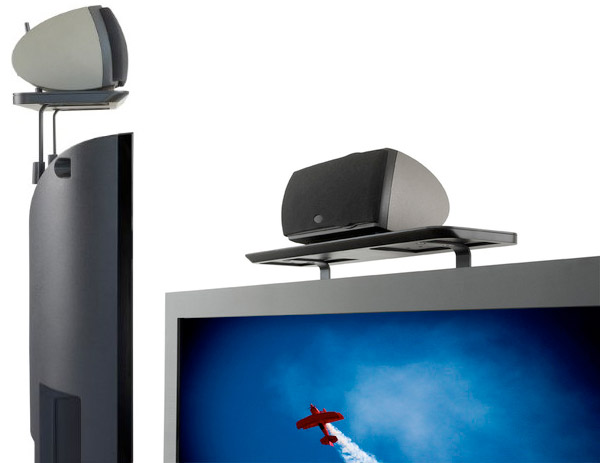 This cool shelf called the ScreenDeck is available that will give you a bit more space on top of your TV to put these things. I have seen these sort of shelves before, but the last one I saw actually attached to the top of the TV, and I didn’t like that much. 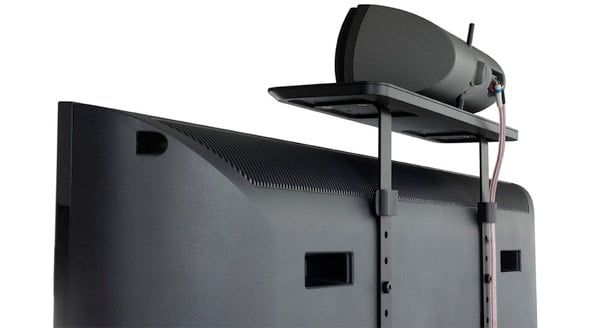 The ScreenDeck has some metal bars that hold it a bit above the TV screen and mount to the VESA mount holes on the set. You could still put your Wii sensor under it and hold that center channel speaker too. It will hold anything you can think of up to a certain point. The shelf itself doesn’t look strong enough for anything super heavy, but VESA mounts are already designed to hold the entire weight of your TV, so your set should be safe with most anything. You can pre-order the ScreenDeck right now for $39.95 on Amazon.