Video game systems usually get a barrage of third-party accessories – some of them useful and some of them just plain stupid. Gun-shaped add-ons are a staple of a lot of consoles. So is this the validation that the iPhone and the iPod Touch have been waiting for? 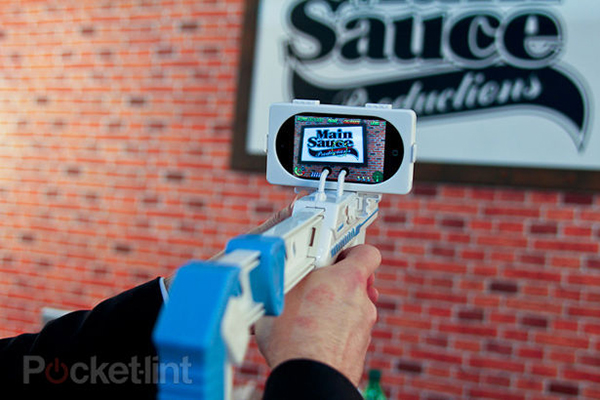 The App Gun from AppToyz is a gun-shaped receptacle for the iPhone and iPod Touch. It’s a mechanical device, so it doesn’t use any batteries. When you pull the gun’s trigger it moves two rubber feet that tap on the touchscreen of the iPhone or iPod Touch. 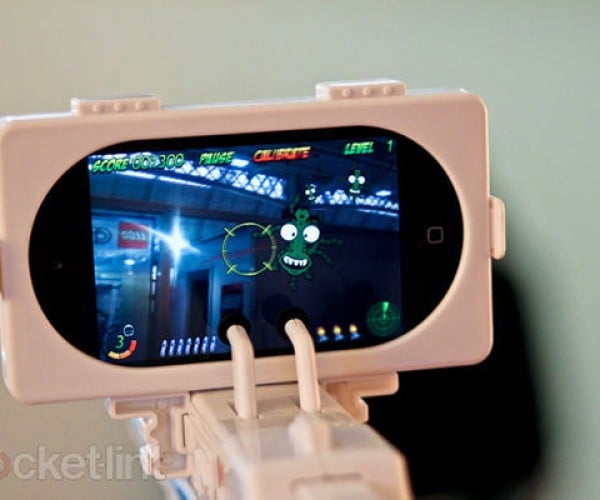 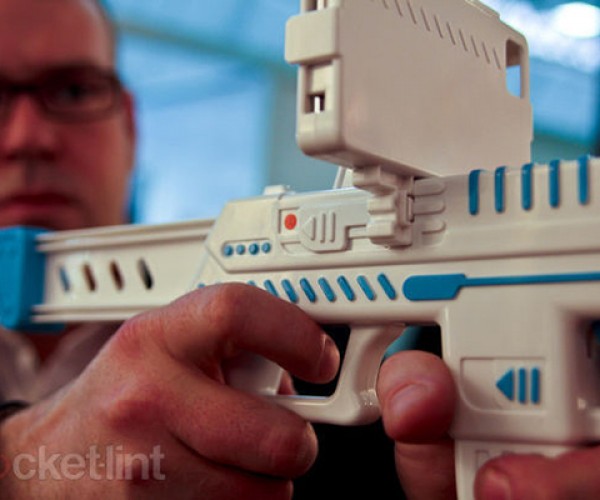 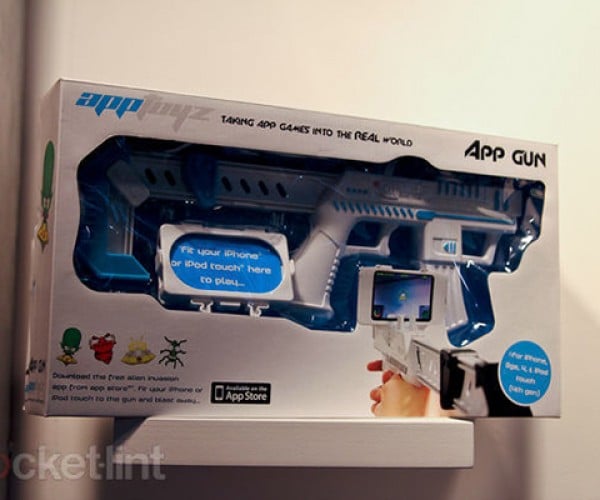 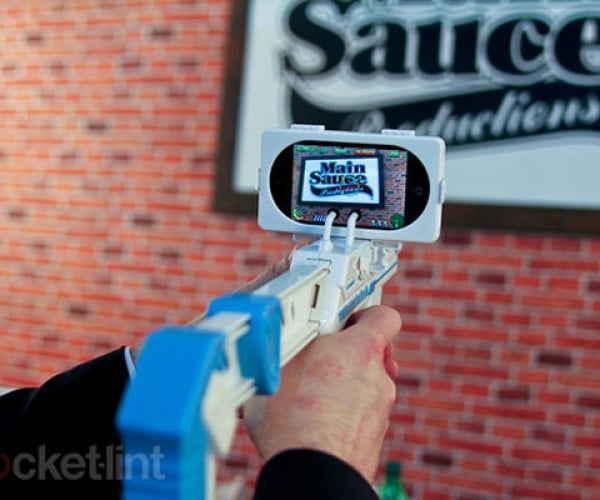 The accessory comes with an augmented reality game, which lets you fire away at digital enemies with the real world as your battlefield. Here’s a video of the App Gun in action:

The App Gun will be available this summer, and will likely sell for $30 (USD) or less. A gun accessory for the iPhone. Who would’ve thought? AppToyz folks, if you’re reading this, I have two suggestions: 1. Make a bazooka accessory for the iPad. 2. Make a laser tag app. You already have the gun, the iOS devices have cameras. Just provide a marker or target that players can put on. YOU WILL MAKE BILLIONS.