The Parrot AR.Drone quadricopter has one of the most expensive remote controls for a toy – iPod Touches, iPhones or iPads. But a French tech company has upped the ante, utilizing the Microsoft Surface as a remote for the drone. The funny thing is, the pricier remote is also more impractical since it’s not portable, so you can’t follow the AR.Drone around. But it does look fun to use. 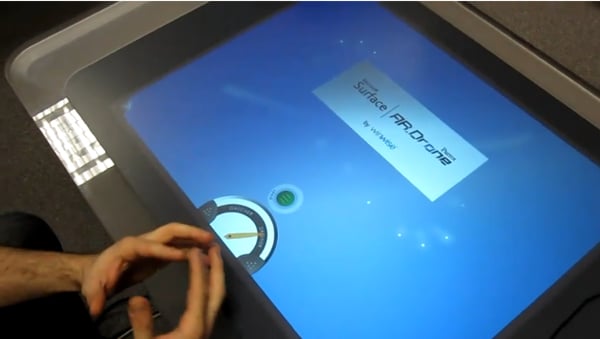 The program devised by the R&D department of WinWise Tech is very user-friendly, especially due to the size of the virtual buttons. There are controls for the altitude, rotation and cameras of the AR.Drone, and a big red stop button. The app also has an altimeter and battery meter.

To be honest, I was as surprised by the amount of noise that the quadricopter makes as by the novelty of the hack.