The technology world has gone tablet crazy thanks to the iPad and hoards of other Android tablets that are coming soon or already on the market. There are a number of people out there that like the idea of a tablet, but want it to run Windows so their familiar software from home or the office will work on it. 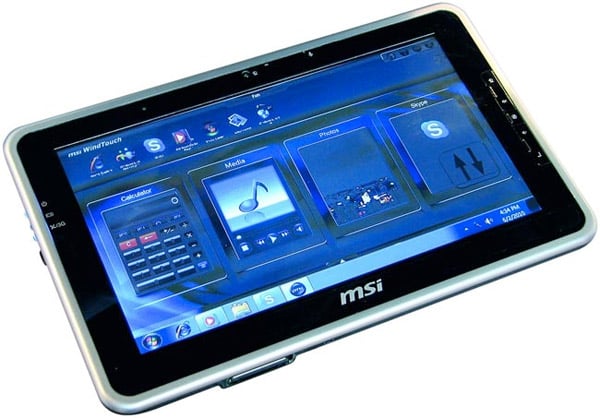 MSI has previously announced the Wind Pad 100W, a tablet that runs Windows 7 Starter. Now reports are coming in that the tablet is available to purchase. If you aren’t familiar with the 100W, it has a 10.1-inch screen with a resolution of 1024 x 600. The machine uses a special “Wind Touch” user interface over the Windows 7 OS to make it more tablet friendly. The CPU inside is an Atom Z530 at 1.6GHz and it has 2GB of RAM. Storage is provided by a 32GB SSD, and the battery promises over six hours. The tablet also has front and rear cameras, mini HDMI out, a SD card reader and WiFi.

It sells for $709 (USD) and sounds like a really expensive netbook minus the keyboard to me.