The last time I took my kids to the movies, we saw a preview for the animated flick Rio and it looked cool. Now each time we see a bird on TV my daughter reminds me I promised to take her to see that movie with the bird that can’t fly. 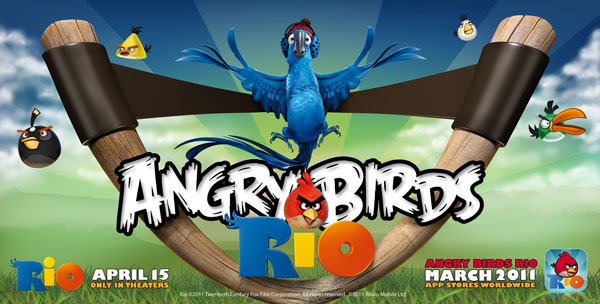 To promote the movie, Rovio and Twentieth Century Fox have teamed up for a new version of the popular Angry Birds franchise called Angry Birds Rio. The game will see the movie’s bird cast kidnapped and taken to Rio where they have to smash their way out.

The game will ship with 45 levels and will get more levels via updates. Rovio will offer the game for multiple platforms on tablets and smartphones all around the world. The game should land in March with the movie coming in mid-April.