I usually don’t go for Bollywood movies, or Kollywood in this case, but when I heard about this movie, called The Robot or Endhiran, I simply had to watch it. It’s kind of hard to describe, but suffice it to say that it is the most expensive Indian film ever made, with a budget of over 35 million dollars. 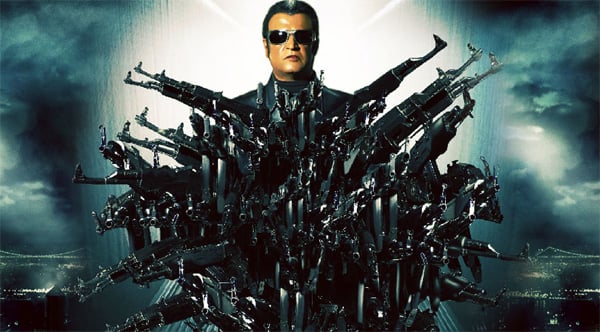 The premise is quite simple. A scientist creates an android and he creates havoc when he’s captured and modified by his nemesis. The movie is 2 hours and 43 minutes long, so you have to watch it in at least two sittings, and the over-the-top action scenes are indescribable. Take a look at the embedded clip and you’ll see what I mean.

It’s well worth the 10 minutes. The movie has even more scenes like this, but it takes a while to get there. Most of this action happens towards the end of the movie.