The Egyptian government still has the country under a web blackout and they can’t access services we have all come to rely on like twitter and Facebook among others. If you want to know what’s going on in Egypt from the mouths of the folks who are there you can use a new service that Google cobbled together over the weekend. 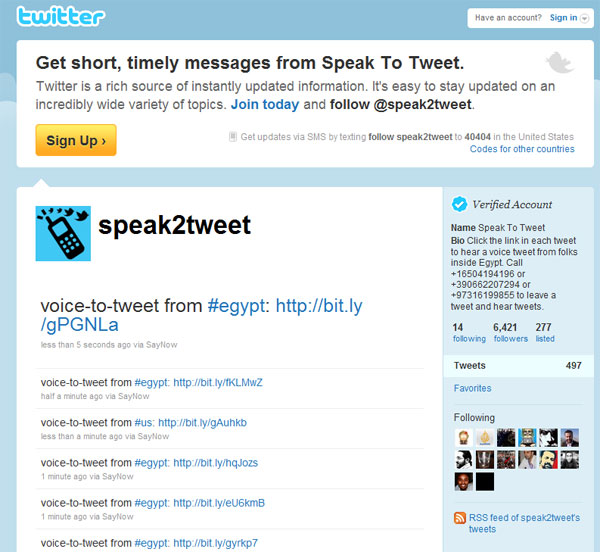 You can also listen to the tweets from Egypt using the number as well. If you have web access and want to read them, you can hop over to http://twitter.com/speak2tweet to see what’s going on. The service was built with help from twitter and Google engineers.