3M Camcorder Projector is Exactly What It Sounds Like

Hammacher Schlemmer is one of those sites that has some really cool gadgets and gizmos, but they are often crazy expensive. A new gadget has been added to the store that isn’t so expensive, cool called The Camcorder Projector. You should be able to figure out what it does just from the name. 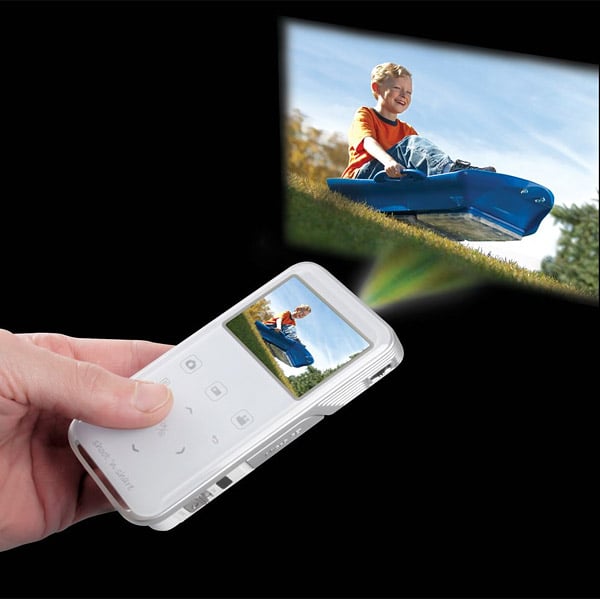 The Camcorder Projector is actually the 3M Shoot ‘n Share CP40, a small handheld camcorder that records in 720p HD resolution. It can also shoot 8MP still images as well. If you want to share the video and images you took with the camcorder with a group, you can use the integrated projector. That projector will throw an image up to 65-inches wide on the wall or other surface.

The catch here is that the projector has only 12 lumens and projects at just a 640 x 480 resolution. You will get more lumens from the sun reflecting off my lily white arse. If you plan to see the video or images, you will need a very dark room. If you want to know how well it works before you buy one, CrunchGear reviewed one a little while back. You can order the camcorder up right now for $299.95 (USD).