Chucky Casemod is One Killer PC

They might not be making Chucky movies anymore, but that didn’t stop one modder from making this awesome Chucky-inspired computer. 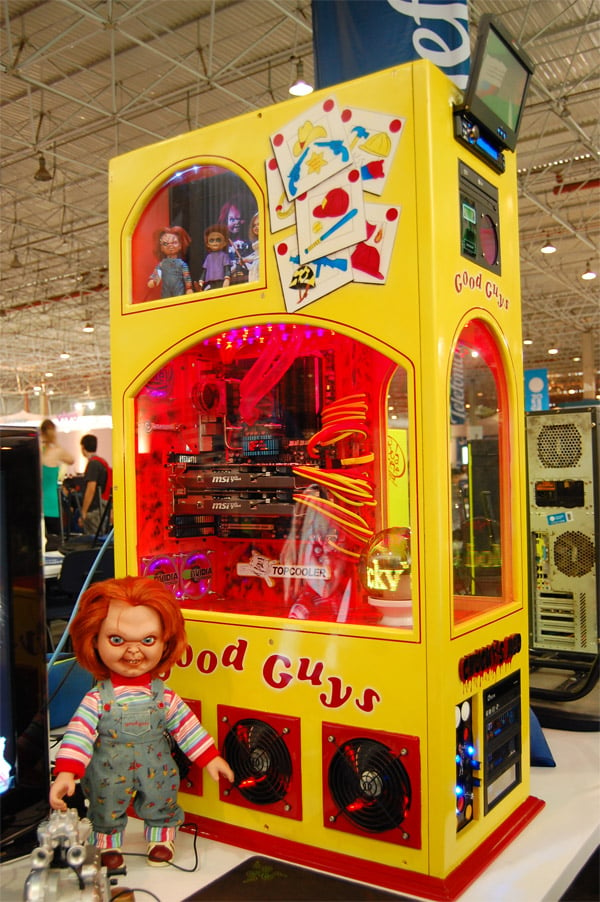 Modder Omar Majzoub spent over six months of his life and $2000 on this Child’s Play computer, designed to look like a giant Good Guys box. It looks like Chucky already got out of the box, although there’s a mini-me Chucky, Bride of Chucky and Son of Chucky hanging out inside the case too. 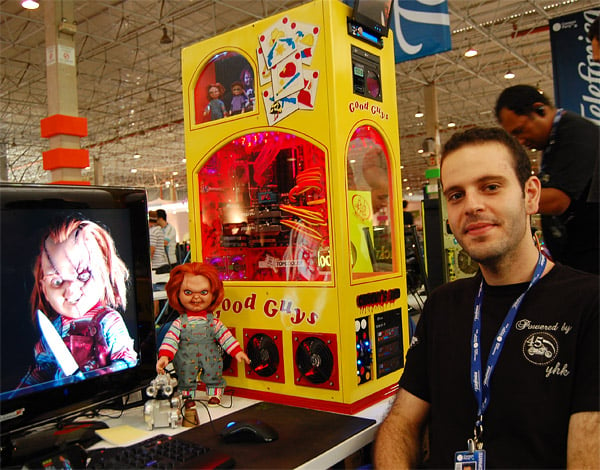 Inside the toy box is a system powered by a water-cooled Core i7 920 CPU with 6GB of RAM, 5 terabytes of storage, and a pair of SLI GTX 460 video cards. 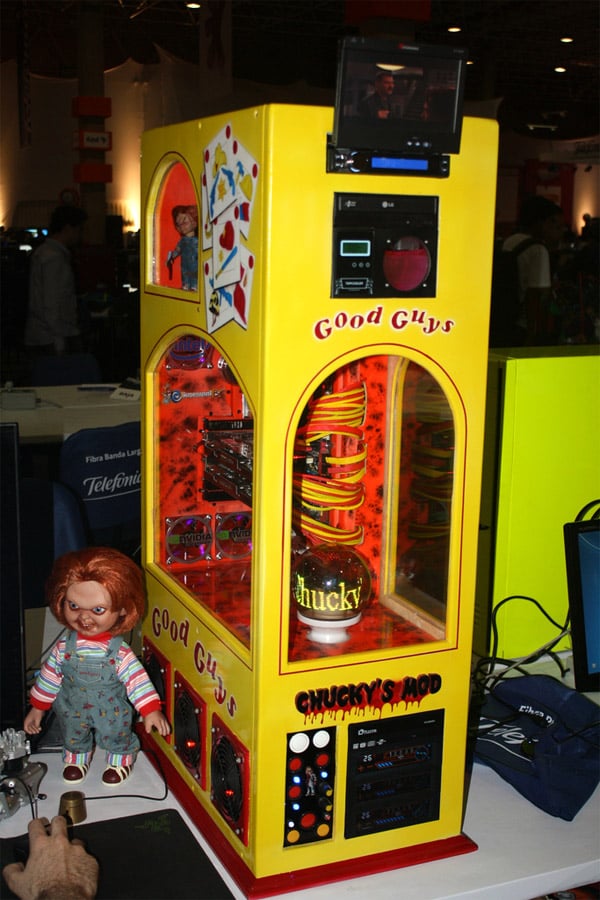 So far, the computer hasn’t killed anyone yet, but it’s only a matter of time before it utters something like “We’re friends ’til the end,” and turns on its owner.