You might look at this LEGO robot that the Kno dev team is using to test the gestures support of a Kno Textbook tablet and wonder why – but I totally get it. As a guy that tests more products than I care to think about most days it gets really, really tedious sometimes. 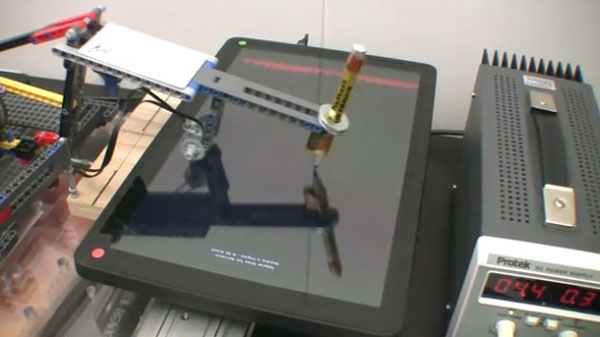 You know you are working with a bunch of geeks when their test rig is made from LEGO. If I could build a LEGO robot that would test some of the monotonous gadgets I get, I’d be knee-deep in little bricks right now. The robotic rig is actually used to automaticaaly test the ambient light sensor and the durability and accuracy of the screen with long-term usage.

The ‘bot moves the stylus up and down on the screen to simulate a student using the Kno over and over again. Check out the video if you want to see the test rig in action. Funny thing is, I didn’t care that much about the Kno until now.