Thanks to the ZTE Peel, iPod Touch owners can easily convert their gadget into an iPhone. But if the device isn’t available in your area – or you’re just plain cheap – Lifehacker reader Kevin has a solution: 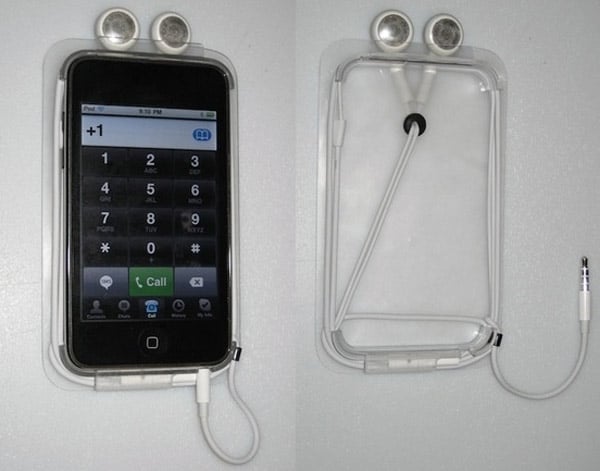 Kevin used the plastic packaging of his 3rd generation iPod Touch as an anchor for the stock earphones, meaning this mod cost him zero dollars.  Here’s the short version of the mod: make grooves on the upper part of the plastic where the two earphone heads will sit. Then cut a hole at the back where you’ll thread the cable through, then wrap the rest of the cable around the plastic. Then get a VOIP app if you haven’t already. Congrats, you have a phone! 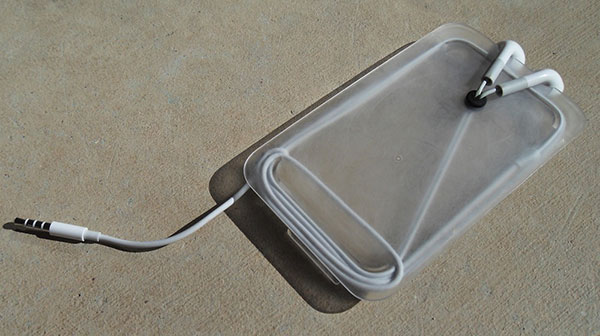 Kevin swears that you’ll still hear the audio even though the earphones are not inside your ear when you use the iPod Touch. But that’s not the biggest drawback of this mod. Nor is it the downright ugly look of the finished product – beggars can’t be choosers. The obvious downside to this makeshift phone is that it relies on a Wi-Fi connection. Still, it is better than nothing, and should tide you over until you scrounge up enough pennies to get the Peel, or at least a dumb phone. Head over to Lifehacker for the full instructions.