Zelda and Peach Catch Up

What would Zelda and Peach talk about if they got together for a cup of coffee? Well, College Humor decided to see where this would go. It’s probably best that these two video game characters don’t come out and play too often. They’d get annoying pretty quickly. 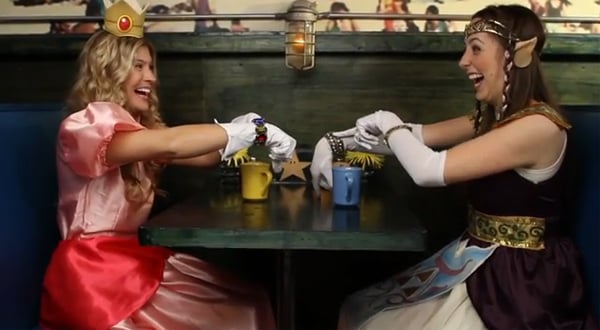 It turns out that both Peach and Zelda prefer their kidnappers to Mario and Link. It looks to me like they developed Stockholm syndrome, and actually like spending time with Bowser and Ganondorf.

There are plenty of funny revelations that both of these girls share. My favorite part was when Ganondorf picked up Zelda for couple’s yoga.