Ever heard of the Keepon Robot? I’m sure that at some point during your exploration of the Internet, you’ve come across this adorable little yellow robot called Keepon. It looks like two yellow puff-balls with eyes and a nose. The magic happens when you turn on some music and it dances. I don’t just mean it bobs up and down or side to side. No, somehow this little creature has better moves than I do. (Okay, so maybe that’s not saying much.) 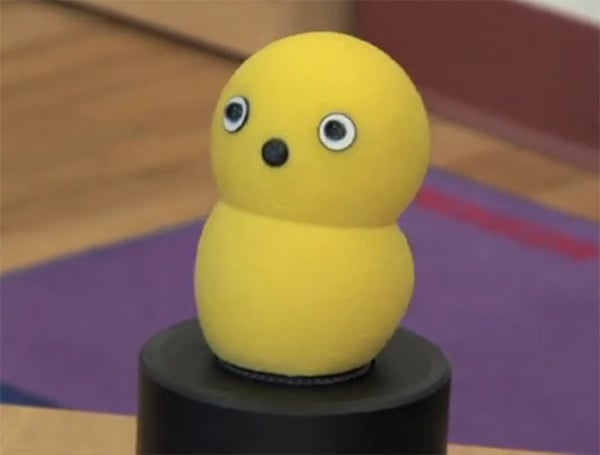 So why doesn’t every household have one of these cute little bots? I imagine it’s the $30,000 price tag that stops most people. Yes, that’s thirty grand for a dancing puff-ball. So why am I teasing you with this? Well it seems that the company is planning to release a version called the “My Keepon” that will retail for a mere $40. There aren’t a lot of details, though we can imagine it won’t be quite as awesome as the full-price original. I say if it’s even half as cute at $40, it would be worth the purchase.