Video game emulators have long been available for both iOS and Android phones, provided you’re willing to jailbreak your device. There are NES, SNES and even PlayStation emulators. However, this is the first time that I’ve seen a Nintendo DS emulator for smartphones. But before you wet their pants with delight, let me lower your expectations. The Tiger Lab Android app is actually just a proof of concept, made to show that DS games can be run on smartphones. 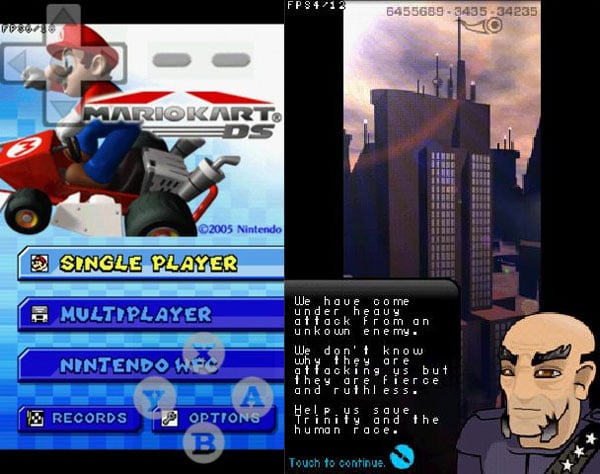 Tiger King, makers of the app, say that the app is a very early prototype and is “very slow, so you so you shall not expect to play NDS game with this emulator.” But as smartphones become more and more powerful, it’ll only be a matter of time before a functional version of the app becomes a reality. If you really want to test the app, you can get Tiger Lab at AppBrain for free.

If I was Nintendo, I’d consider this a warning shot. The market is certainly there, so maybe they should consider making their own emulator for future smartphones and then sell DS games on the Android marketplace. As for iOS devices? I doubt Apple would approve such an app, even if it came from Nintendo.