This is so awesome. A school district in Knox City, Texas has allowed a student with a severe illness that keeps him at home to attend classes like a normal freshman by using a Vgo telepresence robot. My son’s school had to have a meeting with the school board to let me GIVE them technology. 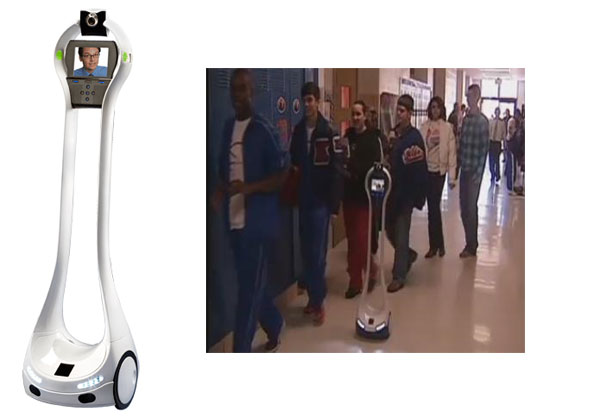 The boy is named Lyndon Baty and he suffers from polycystic kidney disease, and treatment for the disease has left his immune system suppressed. The poor immune system means he can’t be around other kids to attend classes.

Baty can control the robot from home, drives the thing from class to class with other students, and is able to interact with teachers in class thanks to the webcams. The robot and the yearly service contract cost the school about $6,000.