Flamethrower Gloves Ready to Burn Down The House 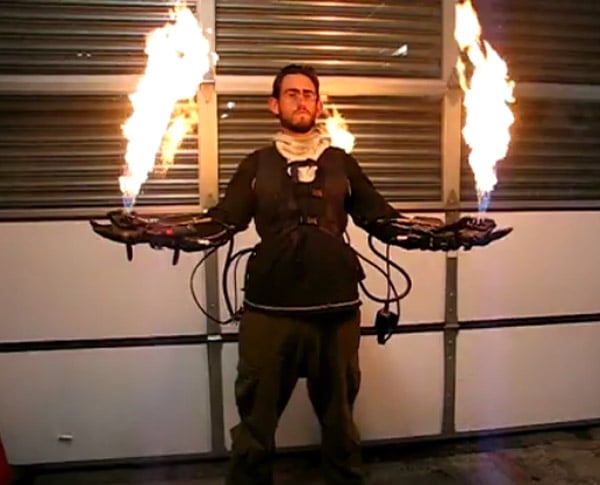 The guys at J&M Special Effects put together a set of DIY flamethrowers that are mounted on his gloves, firing intense, scalding flames from the palms of his hands. But who needs words when you can see it in action:

This kick-ass pyro system is just a prototype, and the J&M guys say the final version of the system would be more streamlined so the hoses and cables could be hidden inside of a performer’s costume – which I can only hope would be flameproofed.