Super Left 4 Dead Bros.: Like Mario, Except With Guns

YouTube user Chubzdoomer is creating a Super Mario Bros. map for Left4Dead, and its not for claustrophobic people. 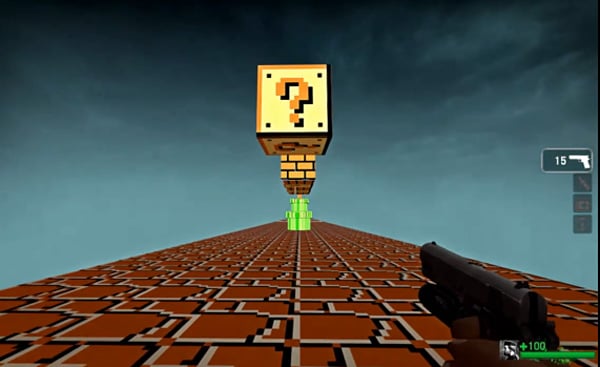 I get that this map is a first person view of a side scrolling game, but the design leaves almost no room for evading enemies. And its not like you’ll be only be dealing with goombas.

It’s confirmed: Mario’s punch is as strong as a blast from a shotgun. The map is still in its early stages – amirite? – especially since Chubzdoomer plans on recreating World 1-1 to 1-4. Bookmark his YouTube channel if you want to be updated on the map’s progress.