In the realm of super-power gifting, Loki could have come up with something better than a hammer, even if it is a magic hammer. A magic sword, a magic ring, something. A hammer is just plain weird, but hey, whatever. 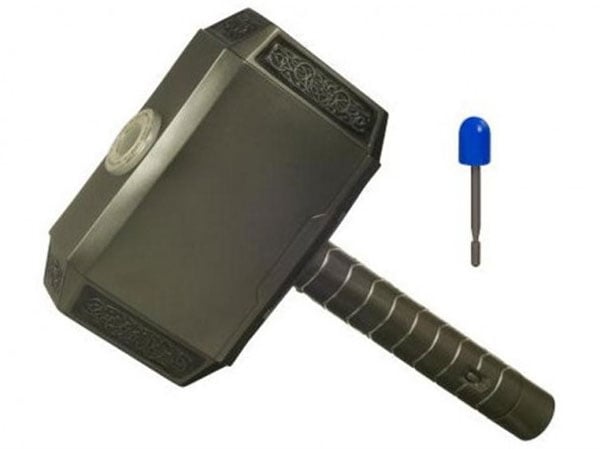 If you are into cosplay and think a hammer is a darn fine magical weapon to defend the good and vanquish evil Hasbro has your tool. An electronic Thor’s hammer has been unveiled that even shoots a blue missile out of the top.

The hammer makes sounds and it has flashing lights to boot. We will probably see these things running rampant at the next comic book show. You can pre-order one right now for $19.99(USD) at BigBadtoyStore.com and they will even hand-pick a mint-condition one for you for an extra $2 to add to your geek collection.