I can’t recall ever writing about a watch that wasn’t designed for those of us that can see normally. We look at lots of watches here, and no matter the price or how complex they are to read, the vast majority of them are designed for the sighted. 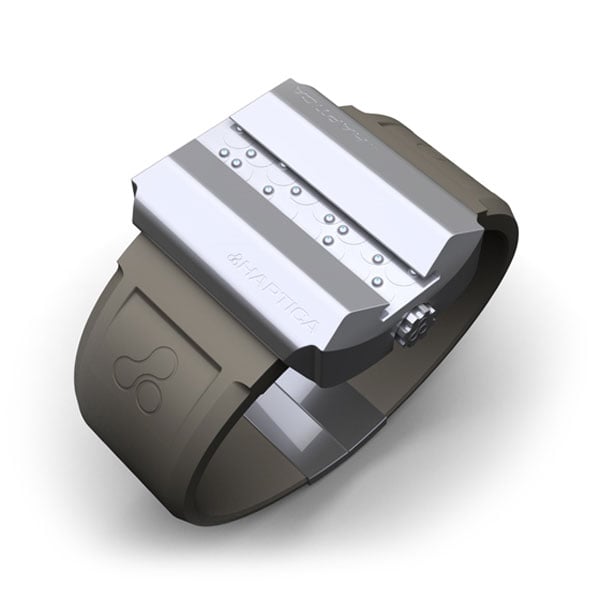 I have seen a few watches that are for the blind or visually impaired, and generally they speak the time out loud for the wearer to hear. I would think that many folks wouldn’t want the time to be blurted out in public when they need to know what time it is. A new concept watch has turned up called the Haptica Braille Watch, and it’s designed to look really cool and lets the wearer tell time with Braille numbers.

The Haptica is being funded through Kickstarter, and the designer, David Chavez, is seeking $150k in contributions to put the watch into production. So far, the watch has 199 backers and has raised nearly $37,000 and has until March 4th to reach its funding goals. Those who pledge at least $250 will actually receive one of the watches from the first production run.