The Super Bowl has come and gone and the entire event was a bit of opposite day for me. I generally avoid commercials like algebra homework when I watch TV. During the Super Bowl, I actually want to see the commercials as much as the game. The best one last night was the little kid dressed like Darth Vader trying to use the Force on everything and eventually “starting” the VW outside. 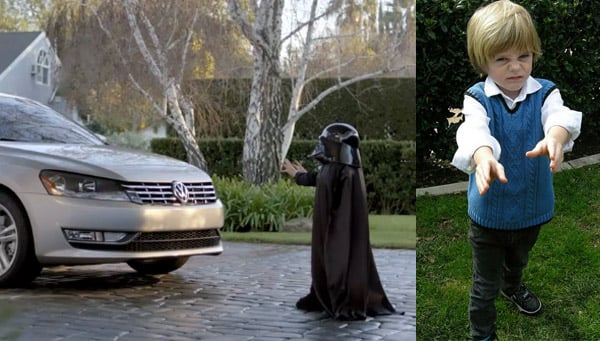 The little kid under that mask has been unveiled as one Max Page, a 6-year old. The little guy has been in acting for a while already and has appeared in The Young and the Restless. Max has a congenital heart defect as well called Tetralogy of Fallot, but he had that issue fixed as an infant and now uses a pacemaker. His docs say Max can lead a normal and healthy life with proper care.

It’s cool to see the little dude that was under the mask for that commercial, my kids loved it too. My daughter still thinks she can make my wife’s Ford start by saying the magic word since I cranked it with the remote start while she tried to say abracadabra. If you missed the commercial online or during the game, check it out above.

[via We Are Childrens]