This motorized LEGO tank was created by Martijn Hellemans (aka “Dino_Martino”). He hasn’t posted any videos of the thing yet, but this bad-ass build is supposed to be able to fire LEGO bricks at all of your enemies, and even includes laser targeting! 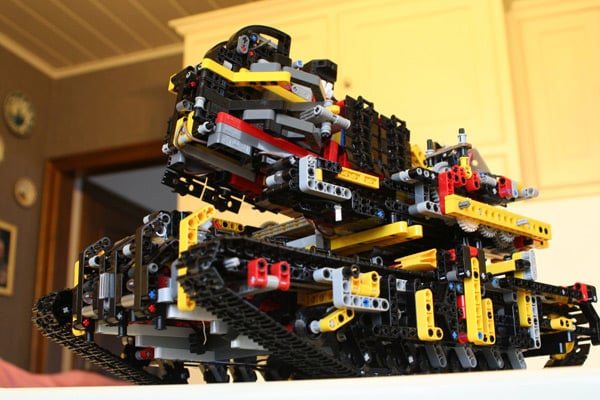 That sounds pretty sophisticated. The gun is supposed to shoot high velocity LEGO bricks. I wonder how devastating it will be. Some of these LEGO guns can get very complicated. Martijn used LEGO Technic motors in addition to a MTRMX-Nx multiplexer to build this beast, and it’s controlled via a custom PSP-Nx remote. 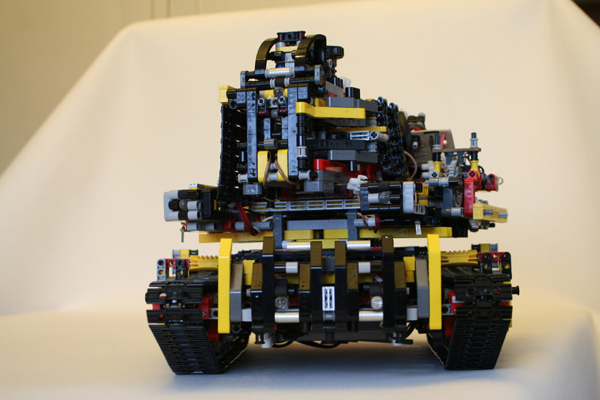 The whole thing drives on treads, and even has a rotating gun turret. All in all, I hope that we see vids of this thing pretty soon.