AFFETTO Robot Head Will Creep You Out

I know that this isn’t really supposed to have anything to do with Halloween or scaring people, but what the heck guys, this robot baby head is really disturbing, especially when the guy starts moving the head around and the baby comes alive. 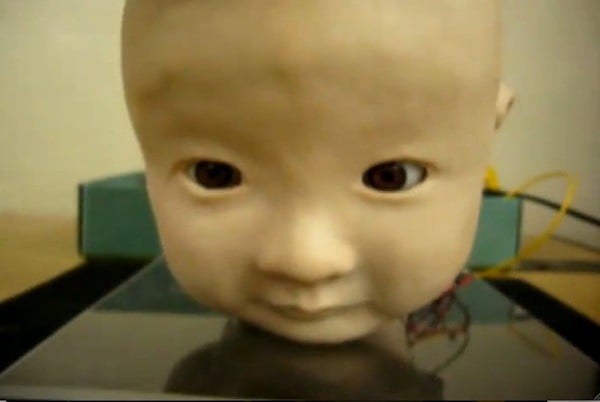 Osaka University’s AFFETTO was created to model a baby’s facial expressions. This was done in order to endear it to human caregivers. Ultimately, I think that the opposite was achieved. Yes, it’s creepy, very creepy.

This might have something to do with the uncanny valley phenomenon in robotics, where humans are actually repulsed by robots exhibiting near or human-like behavior. You have to admit that this does look like a prop from a horror movie.