Kyocera isn’t exactly well known in the smartphone industry. Until today that is, with the unveiling of the Echo, which has two 3.5″ touchscreens that can be used as a single 4.7″ screen with an equivalent resolution of 960 x 800. The Echo runs Android 2.2, but some of the core apps have been tweaked in order to take advantage of the additional screen. The Echo has four main modes – tablet mode, optimized mode, “simul-task” mode, and the single screen mode. 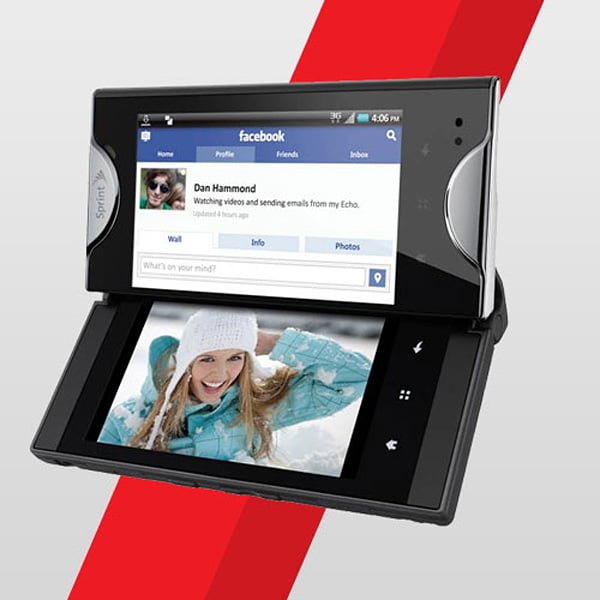 In tablet mode, the two screens will be used as one, which should be perfect for viewing videos. Nintendo DS users will be familiar with the rationale behind optimized mode, where the screen is split into two for a single app. Just like in DS games where one screen shows a menu or map while the other screen shows the game world, in optimized mode the Echo could give users a dedicated screen for a message while the other screen serves as the virtual keyboard, or view a YouTube video maximized on one screen while related videos appear on the other screen.

The picture above shows the Echo in “Simul-task” mode – each screen is used by a different app, in this case a Facebook app (or a browser?) and a video player. 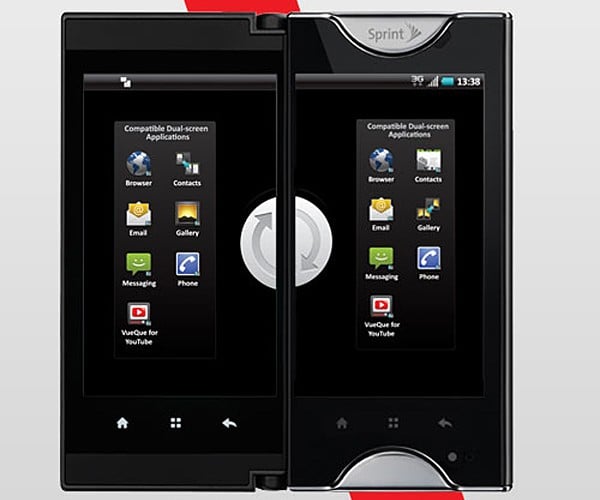 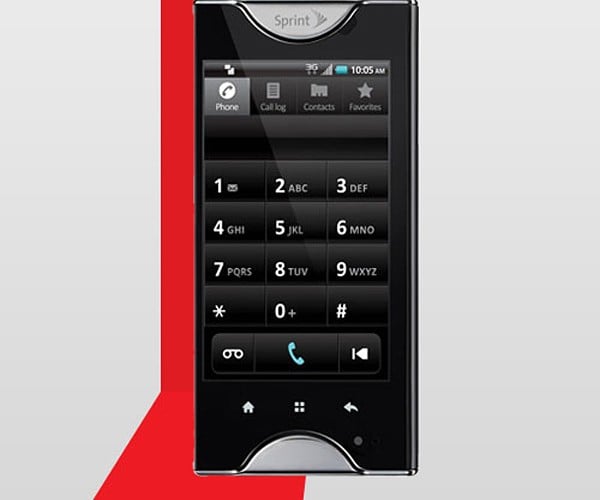 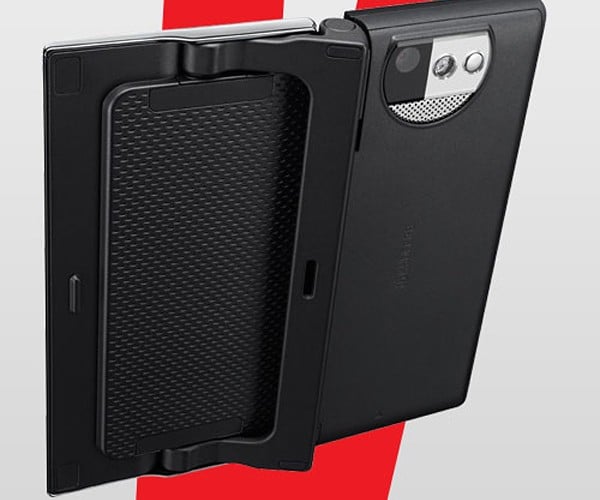 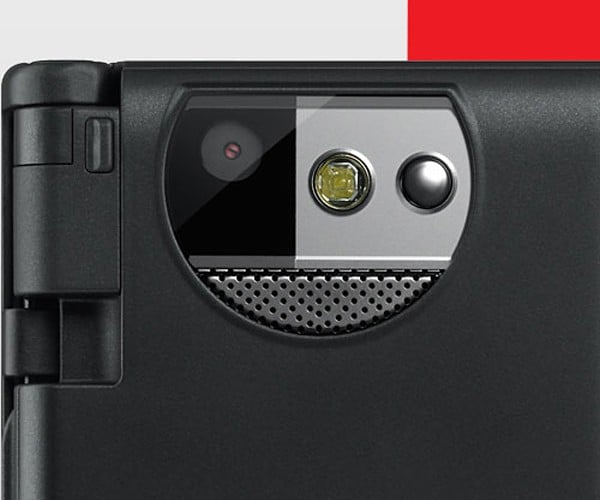 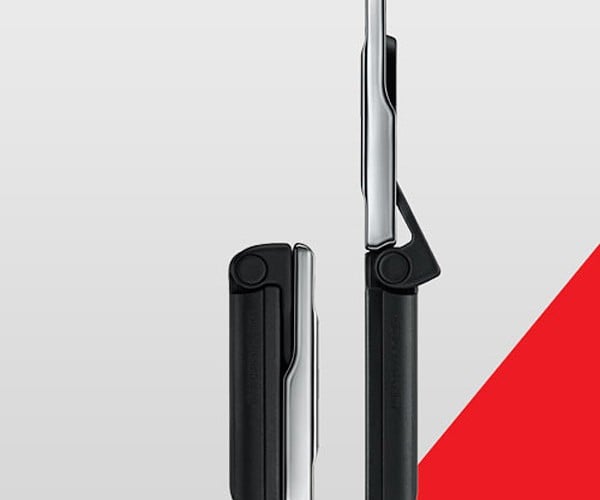 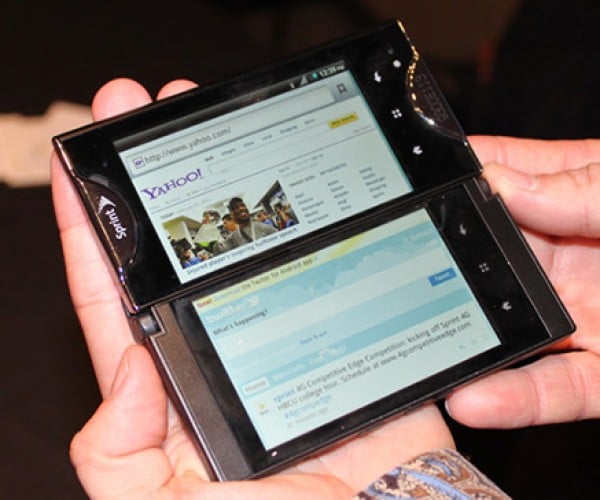 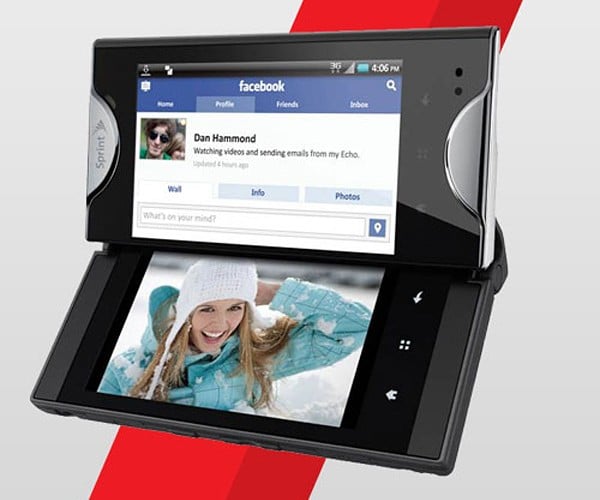 When the phone is folded and the other screen hidden from view, it enters single-screen mode, and should behave like most Android smartphones. The seven core applications that I mentioned earlier that will be available for use in Simul-task mode are the browser, email app, “messaging” (not sure if that’s SMS or IM), the photo gallery, contacts, the phone app, and an app called VueCue. Also, as you can see in the last picture in the gallery, when using the browser the Echo can display two websites at once. Neat. Here’s Laptop Mag’s hands-on with the Echo:

The Echo has a 1Ghz Snapdragon CPU, 1GB RAM, 512MB ROM, and microSD support; an 8GB microSD card will be included with the phone. It also has a 5mp rear-facing camera that can record 720p video, but it doesn’t have a front-facing camera. As you might have expected, the Echo is a relatively large phone – it’s 0.67 inches thick and weighs 6.8 ounces. For comparison the iPhone 4 is 0.37 inches thick and weighs 4.8 ounces. The Echo will be available this Spring via Sprint for $200 (USD) (after a $100 rebate; a two-year contract is required).

What do you guys think?