We featured Anybots’ QB robot avatar a year ago. Here’s a video showing it in action in – where else? – the Silicon Valley in California. 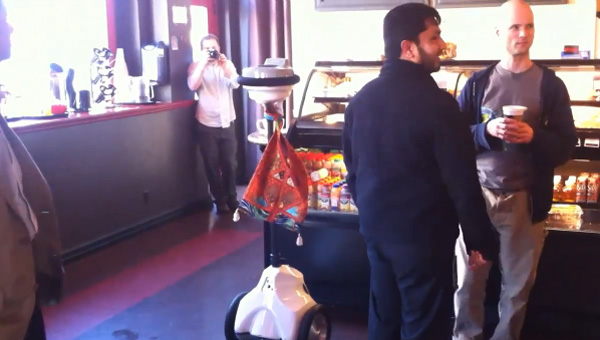 Watch as flabbergasted meatbags – with the exception of a barista who’s clearly seen her fair share of nerdery – encounters the polite robot:

It’s like a scene from Futurama. This would never work where I live though. The thing would be gutted and sold for parts as soon as it stepped out of its master’s house.