Thermaltake introduced the BMW Group Designworks USA co-designed Level 10 computer case a while back, and I thought the thing was really cool. The big downside was that the case was a bit cramped for some geeks with large video cards, and it also cost almost $800 bucks. 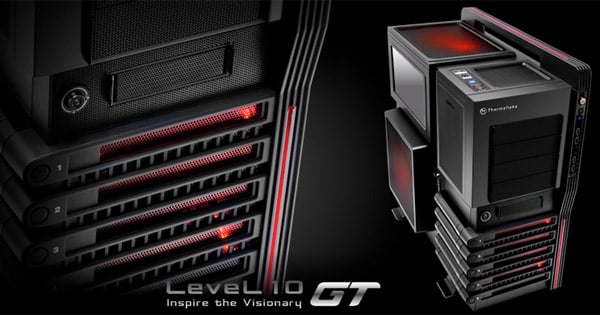 Thermaltake has announced that it has taken design cues from the Level 10 and unveiled the new Level 10 GT. The case has a similar design to the original, but it adds in some notable new features. The new features include USB 3.0 port and a new cooling system. The cooling system gets 200mm fans along with the 140mm rear fan and will fit water cooling gear too. 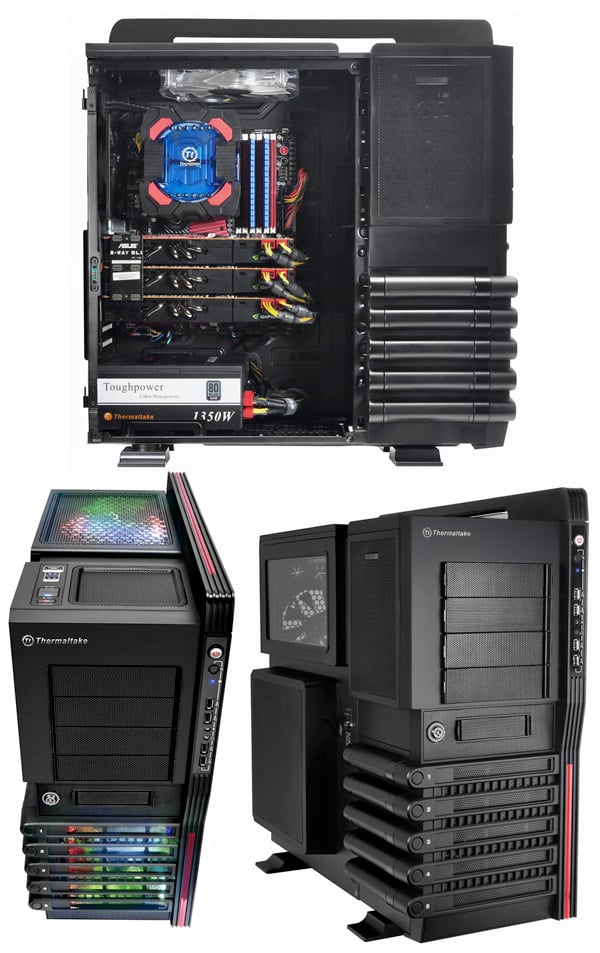 The big change is that the case will now fit video cards up to 37cm long, which should accommodate even the beefiest video cards out there. The case has hot swap internal HDD bays and a fan controller on the top panel. The other thing is that the price is much more accessible, selling for just $279.99 (USD). 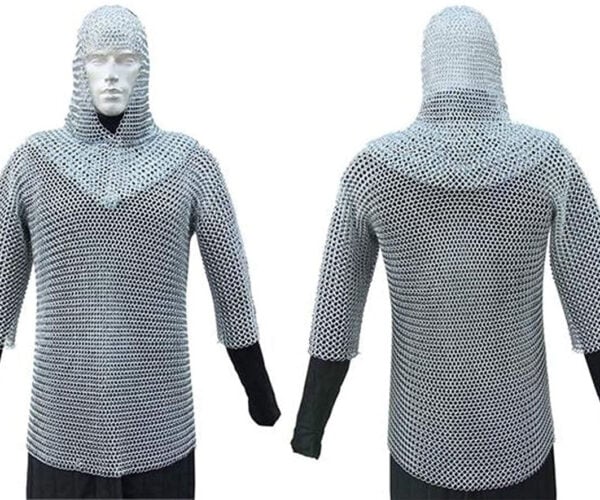