When I was a kid, I always wanted a Harrier jet. They aren’t the best looking or fastest, but they can take off and land like a helicopter, which made up for other shortcomings in my book. A 7-year-old from London found that out when he bought himself a shiny new Harrier off eBay. 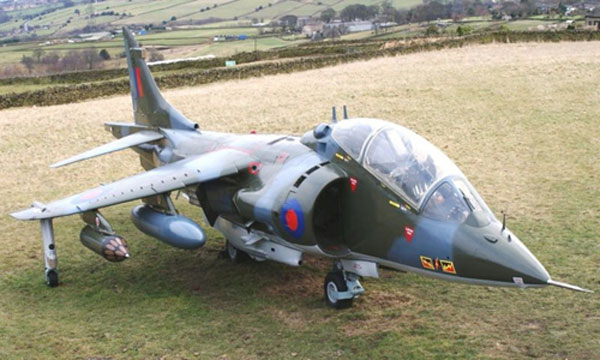 This wasn’t a toy or a model mind you, but a real Harrier that last flew with the RAF in 1997. The kid hit the “Buy it Now” button on the $113,000 purchase and then the bad things happened. His dad found out he bought the jet and canceled the sale.  Apparently, Will Smith was right, parents just don’t understand.

The upside is that the seller cancelled without giving the man a hard time, and says that the boy actually helped them because the story brought more attention to the sale. The harrier can no longer fly, and according to some would take millions of pounds to return to flight capable.