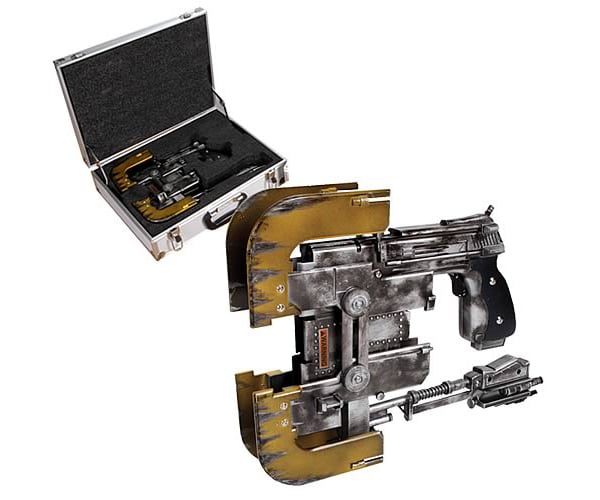 Pictured above is the 211-V Timson Tools Plasma Cutter from the first game, while the one below is the custom Plasma Cutter that Isaac Clarke himself built and is the one he uses in the sequel. Both weapons measure 17″ x 11″ x 3″ and come in a display case. Both also have built-in 3.7-volt rechargeable batteries that power the “3 blast spot”, the sight lines that the in-game weapons have. In addition, the Dead Space 2 Plasma Cutter also has a flashlight. 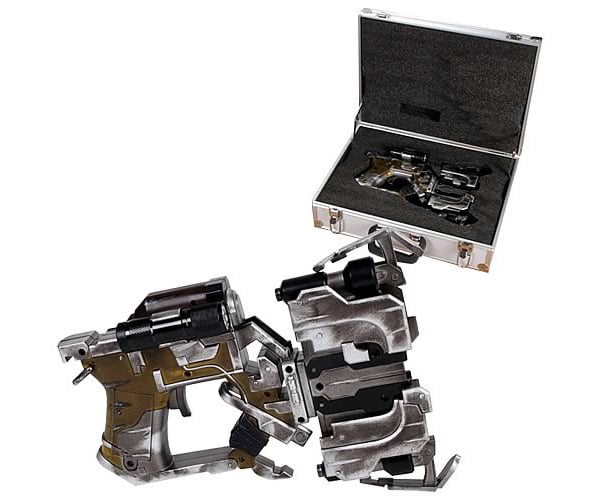 One feature that the Dead Space 2 Plasma Cutter has that the earlier version doesn’t is that its front half can be rotated 90 degrees, mimicking the horizontal mode available in the video game. 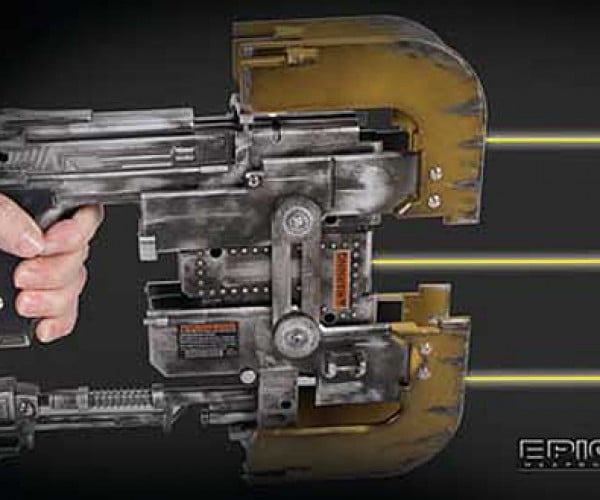 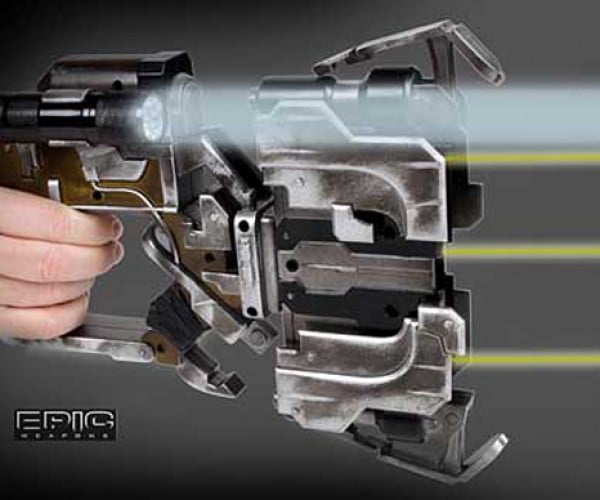 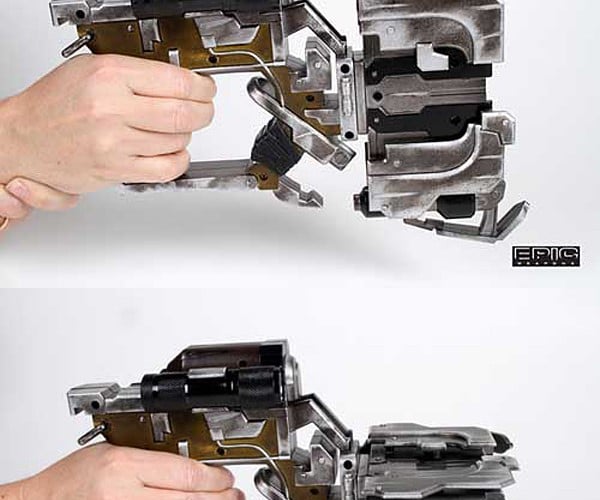 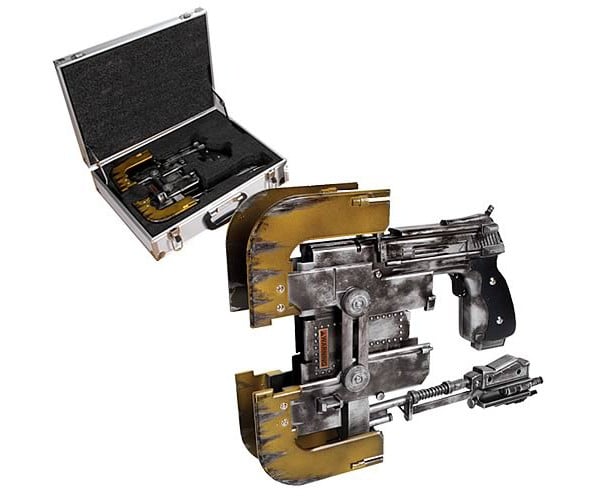 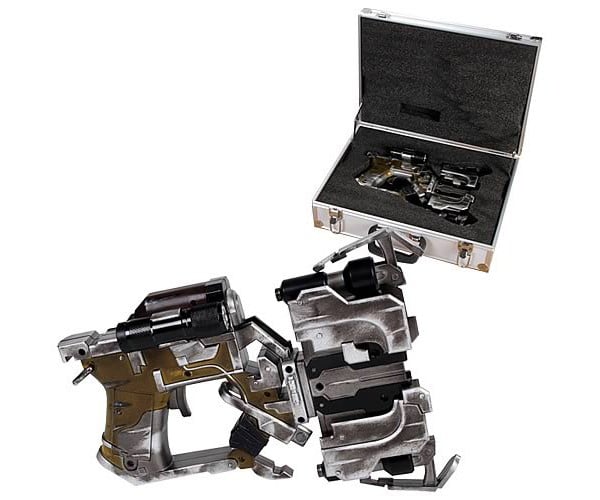