Mateusz Sypien’s Star Wars Tribute art isn’t filled with Jedis and Ewoks. Nope, it only features three characters, and they operate on the Dark Side of the Force. Well, actually only Darth Vader is officially from the Dark Side, but the other guys aren’t exactly good guys. 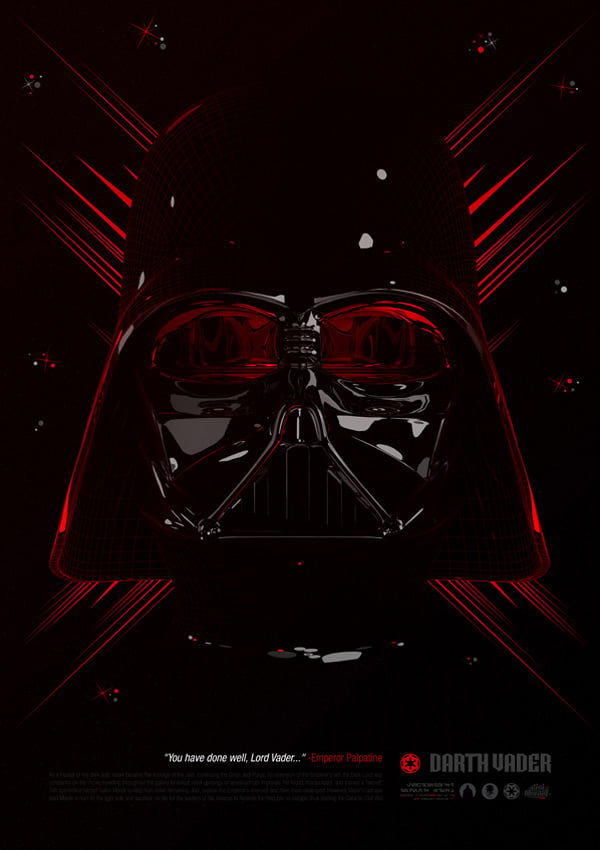 Each of the illustrations measures 24″×34″. They feature Darth Vader, TK-1901 (a member of the elite 501st Legion) and naturally Boba Fett, the “baddest” bounty hunter in the galaxy. 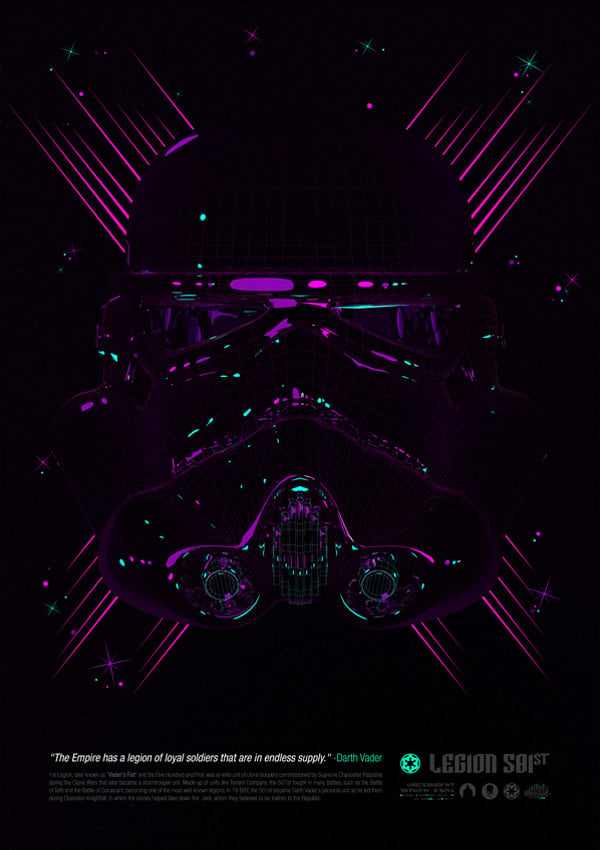 I like the minimal way that the overall images are made. I haven’t been able to find out if these will be made for us to buy, but with the interest that it generated, I’m hopeful that they will be produced as posters or t-shirts someday. 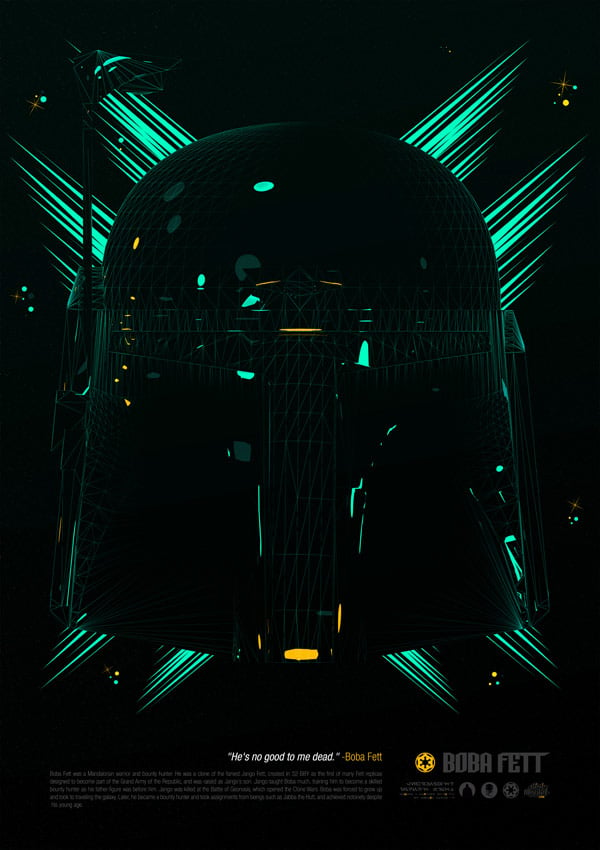