Steampunk Boba Fett Cosplay: So This is Where He Spends His Bounties

Danny Ashby’s take on Boba Fett is no mere clone: 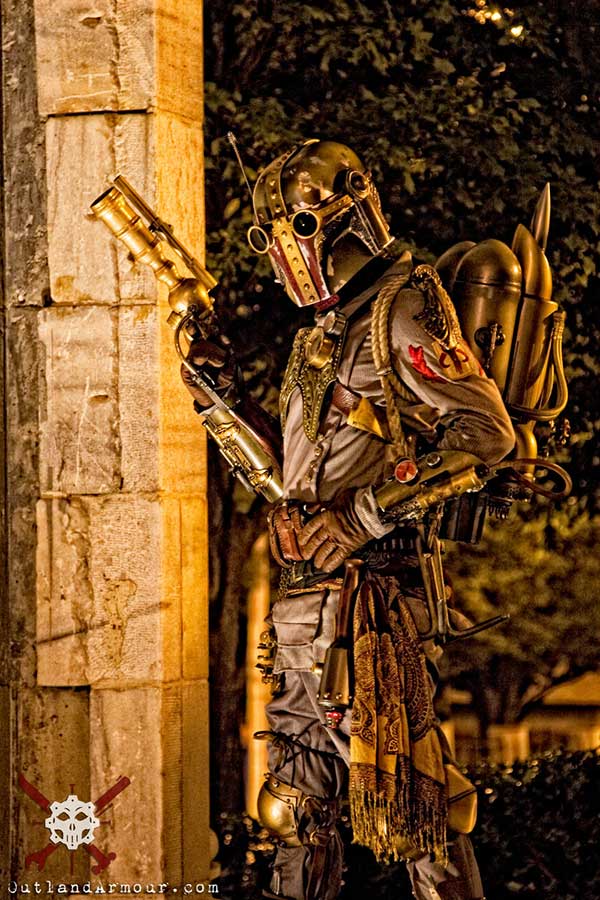 When I first saw this picture, I actually thought it was a painting. As Justin Page said, the photography and the lighting augmented the brass and browns of Ashby’s costume. A few more below: 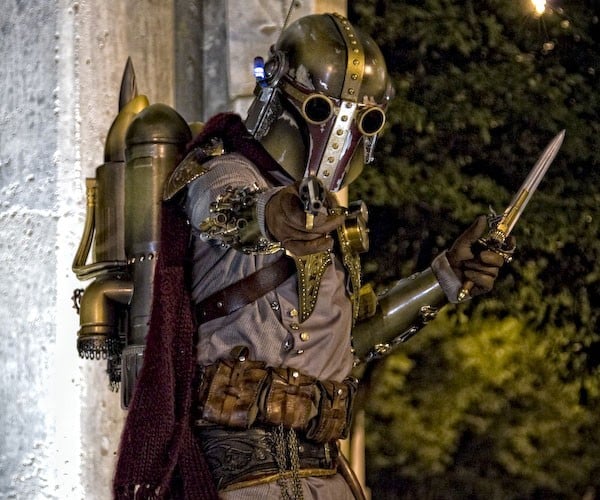 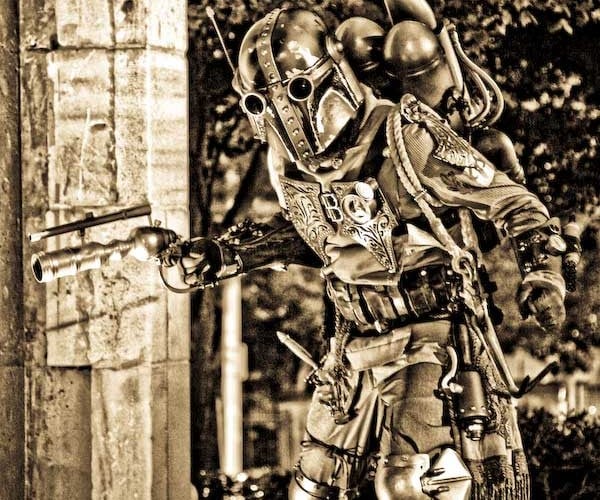 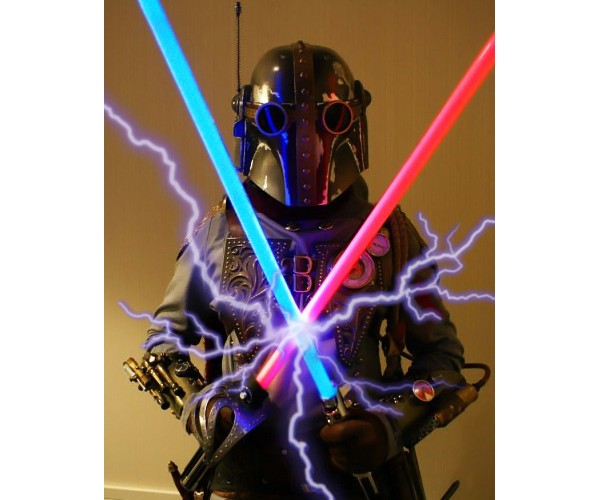 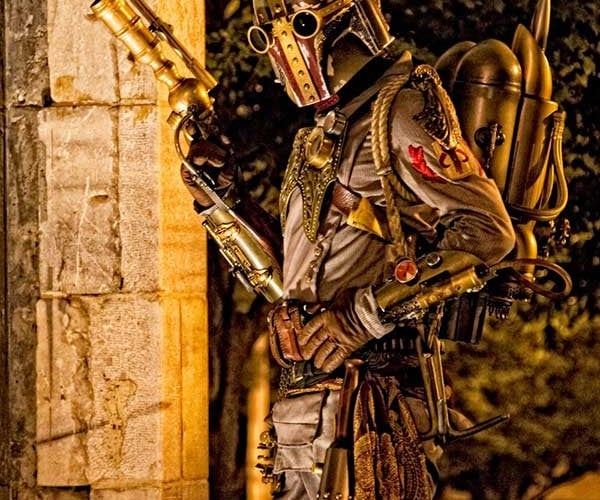 Except for the lightsabers, Ashby provided all the props and armor, while Lindsay Hamilton and Christa Wood did the sewing. We can thank Matt Nicholson aka Dim Horizon Studio for the photography (except for the lightsaber picture, which was taken by Eurobeat King). Check out the source links for high-res versions of the images.