Jabba the Hutt would easily pay twice what he did for Han Solo if he was made of peanut butter and bacon and was encased in “CandyBaronite”. 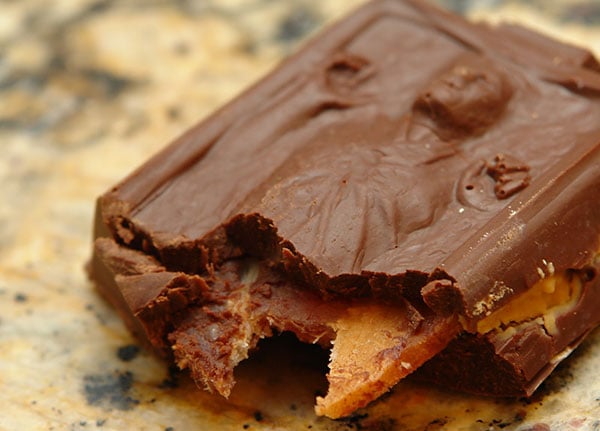 Booturtle made this delicious meat & sweet bar for her husband. After making a batch of chocolate covered bacon strips, she decided to use the Han Solo mold she made for an earlier project to make something extra special. 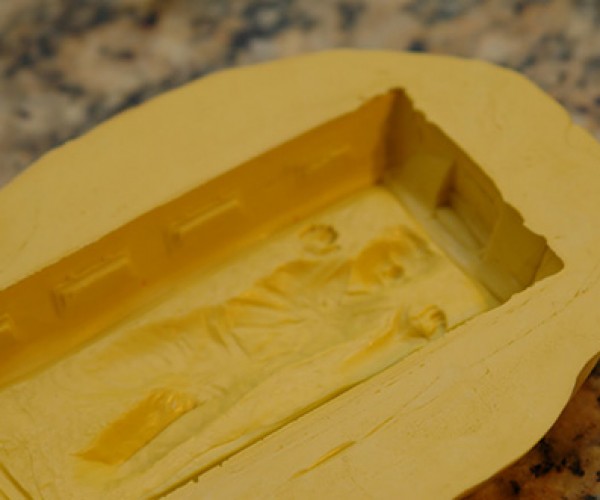 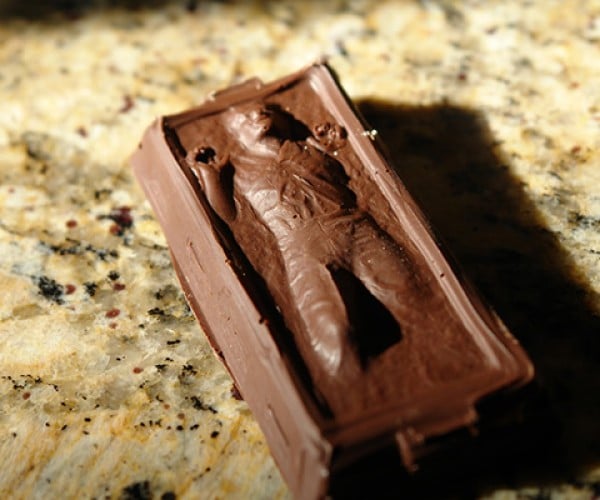 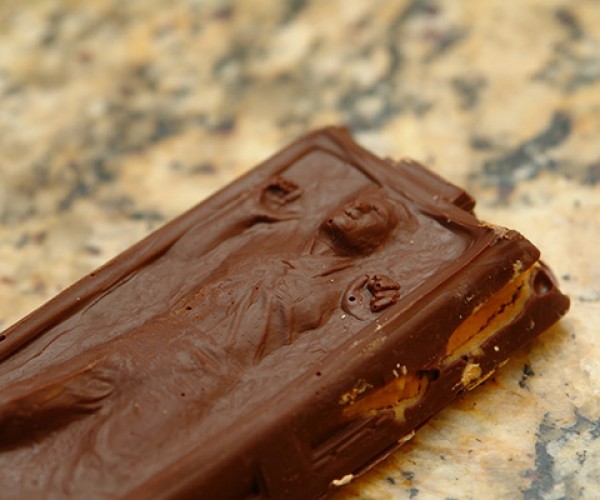 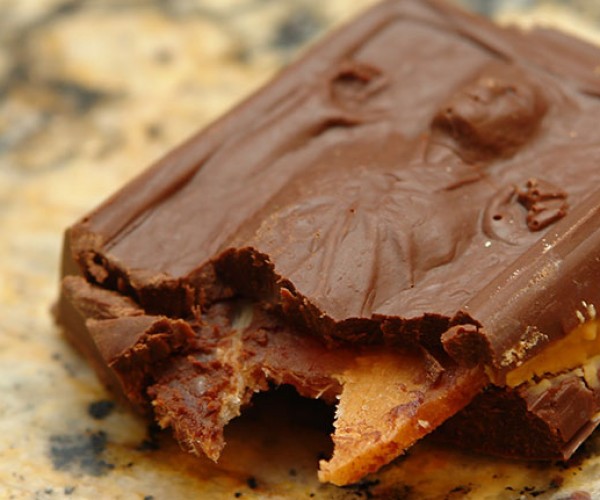 Check out more pictures at Booturtle’s blog. She made her Han Solo mold using this instructable by FreakyCitySF.