Robot Learns to Clean Whiteboard, Still Won’t Help If You Used a Sharpie

After teaching a robot to flip pancakes and shoot arrows, Dr. Petar Kormushev decided to instruct his robot in a new skill that could come in handy at your next meeting – cleaning whiteboards. 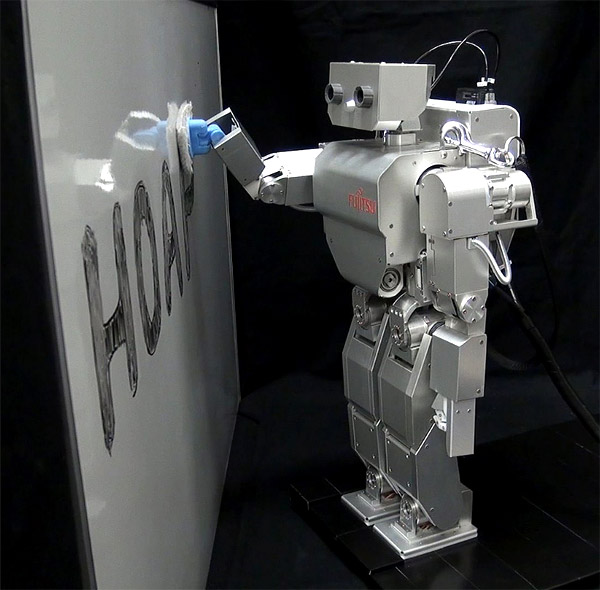 Dr. Kormushev, working with a team from the Italian Institute of Technology and Tokyo City University used a technique called “upper-body kinesthetic teaching,” to help this Fujitsu HOAP-2 humanoid robot learn the approppriate maneuvers to clean the marker-covered whiteboard surface.

On the surface (pun intended), the idea of a whiteboard-cleaning robot seems a bit silly. However, the process could someday be used to instruct robots to deal with tasks better left to ‘bots than humans – like window washing, painting walls or hanging wallpaper.