When it comes to getting connectivity to mobile broadband, I don’t want a modem specifically for my notebook. I want to be able to connect my notebook, my iPad, and other gear to the web and a USB modem won’t do all of that. What I want is a hotspot device, and Sierra Wireless has unveiled a couple new offerings in Spain at MWC 2011. 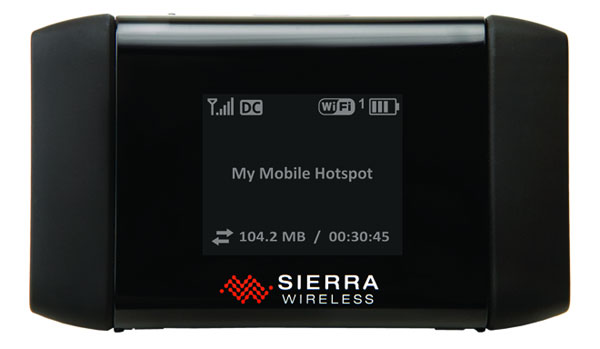 The new hotspots are the AirCard 753S and 754S devices. They are both very similar with the only difference being the supported 4G network tech. Both of the devices have LCD screens on the front and are about the size of a deck of cards.

The 753S is good for operating on DC-HSPA+ networks and 3G networks at up to 42Mbps. The 754S operates on 3G and LTE networks at up to 100Mbps. Both of the hotspots show all sorts of settings and notifications on the LCDs including network strength, connected devices, and more.

They will both ship in Q2 2011, and pricing hasn’t been announced yet.