Frankly, I haven’t been all that impressed by Windows phones over the years. Even with the improvements in Windows Phone 7, I feel like the platform is a day late and a dollar short in comparison with Android and iOS. That said, Microsoft does have one little advantage – the potential to integrate with the Xbox 360. While the potential hasn’t really been shown off to date, I have to say that this demo that fuses gameplay between a Win 7 phone and an Xbox 360 with Kinect does intrigue me. 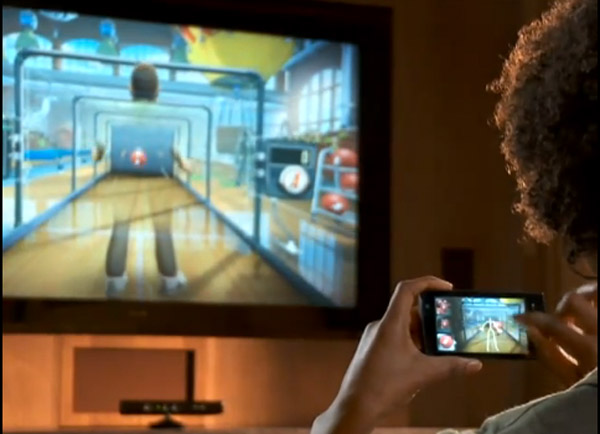 Basically, the demo is a modified version of the Rally Ball game from Kinect Adventures. The tricky part is how the people with the mobiles phone can secretly adjust the position of the hurling dodgeballs on their screens without the person who’s flailing around knowing what’s coming. Check it out in the video below:

Pretty neat, eh? You could see potential for any sort of game where you don’t want the player on screen to know what the other players are up to. For instance, it might be fun for a big screen version of Battleship – where each player inputs the position of their ships on their mobile phone, and the results show up on screen.

That said, the same could be achieved if Microsoft ever decided to make a game controller with a built-in touchscreen – so if the Windows Phone 7 thing doesn’t work out, they could always just go with that.